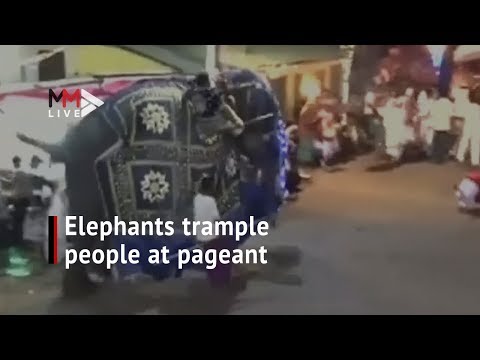 Seventeen people were injured when two elephants went on a rampage during a Sri Lankan street pageant on September 7 2019, local media reported. Footage shows an elephant trampling a group of bystanders as it runs down a road.

The annual parade showcases local dancers and decorated elephants. It starts at a 600-year-old Buddhist temple in Kotte. The injured bystanders were taken to hospital.