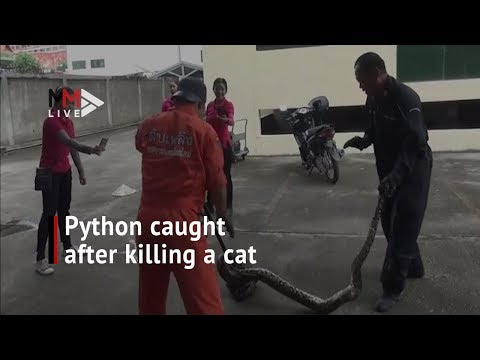 A massive python was caught in a filthy hiding spot after killing a neighbourhood cat in a city in northern Thailand on September 6 2019.

A cleaner found the dead feline outside an apartment block in Chiang Mai, northern Thailand.

The terrified worker immediately suspected it had been strangled by a snake and called for emergency services, who found the almost 5m-long python curled up under a muddy slab surrounded by cockroaches, lizards and mosquitoes.

The team spent 30 minutes capturing the serpent, which weighed 20kg, before it was put into a sack and released into nearby woodland.