Surprise! Model had no idea she was pregnant until 10 minutes before giving birth 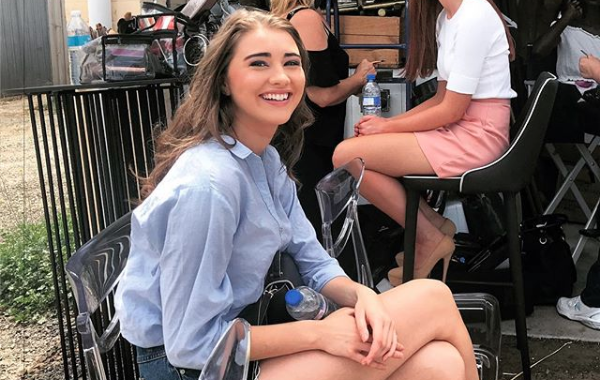 Australian model Erin Langmaid had no idea she was pregnant until she went into labour.
Image: Instagram/Erin Langmaid

Australian model Erin Langmaid gave birth to a surprise baby girl two weeks ago, and she had no idea she'd been pregnant.

According to 7 News, Langmaid was on birth control and had no morning sickness or cravings, and all her clothes fitted her perfectly.

In an exclusive interview, her boyfriend, Dan Cart, told the publication he heard screams from the bathroom, and upon arrival saw Langmaid with a newborn baby.

It wasn't all smooth in the beginning as Isla wasn't breathing and had turned blue, but her quick-thinking father called emergency services.

Asked how many months Langmaid had been carrying their child, Cart responded: “I don't know. We didn't know she was pregnant. Mother is OK and the baby is not OK.”

She has since updated her followers by posting two pictures - one of their newborn daughter, and the other of her new family, which she captioned: “The hardest week of our lives. You are my rock, and now you're Isla's.”

The hardest week of our lives, you are my rock. And now you are Isla’s. 2 years with you 💗

When a book is written about places and people readers can recognise, it allows for a sense of inclusion, writes Tiah Beautement
Books
2 years ago

Mmatema Moremi and her hubby welcome a baby boy

She shared a scripture in the caption quoting, "All glory to God, our strength has come".
TshisaLIVE
2 years ago

Linda Mtoba on her bae and their baby girl: 'I look at them and tears just flood out my eyes'

Linda and her hubby Steven are in awe of their newborn baby.
TshisaLIVE
2 years ago