A person holds up a placard reading " stop feminicide " during a protest at the International day for elimination of violence against women in Paris, on November 23, 2019.
Image: DOMINIQUE FAGET / AFP

Tens of thousands have rallied across the world to mark the International Day for the Elimination of Violence against Women, as France unveiled new measures to combat domestic violence.

Demonstrators on Monday gathered in countries as diverse as Guatemala, Russia, Sudan and Turkey, where riot police in Istanbul blocked the path of roughly 2,000 protesters before firing tear gas and plastic bullets to disperse them.

The French government announced it would make it easier for doctors to share information on vulnerable women and write into law the concept of psychological "entrapment", following massive rallies in France over the weekend.

Roughly 87,000 women and girls were murdered across the world in 2017, according to the United Nations.

Monday's rallies -- animated by growing anger over the failure of justice systems to punish offenders -- follow a weekend of protests against what is being termed femicide.

Crowds marched through the streets of Moscow to highlight the government's failure to pass laws protecting women, and hundreds of Sudanese women chanted "freedom, peace and justice" as they gathered in Khartoum in the first such protest in decades.

In Mexico City, masked demonstrators with sledgehammers smashed glass panes of bus stops, spray-painted monuments and clashed with riot police Monday to protest authorities' failure to halt soaring rates of femicide and rape in the country.

Tens of thousands of Spaniards marched in Madrid on Monday evening following a weekend of protests. Spain's long-standing laws against gender violence have not halted the problem -- 52 women have been killed by their partners or ex-partners since the start of 2019.

South Africa has one of the worst records of any country on gender violence and the government has faced several rounds of mass protests on the issue.

Violence against women is our nation's shame: Cyril Ramaphosa

Sexist and patriarchal attitudes are at the root of gender-based violence.
Politics
9 months ago

President Cyril Ramaphosa used Monday's events to launch a campaign to improve victims' access to justice and urge men to drop their "sexist and patriarchal attitudes".

The UN warned that more action was needed around the world, singling out Afghanistan as a country where too little is done to counter sexual violence and rape.

And in a rare move, global police cooperation agency Interpol launched an international appeal to find eight men suspected of murdering or committing violence against women.

The French government is among those to face sustained pressure for reform -- at least 117 women have been killed by their partner or former partner since the start of the year, according to a count by AFP, compared with 121 women last year.

Also, 213,000 women have suffered physical or sexual violence carried out by their partner or ex-partner, according to the latest official figures.

The lights of the Eiffel Tower were switched off for one minute at midnight to mark the day.

Prime Minister Edouard Philippe said he hoped his new measures would deliver an "electric shock" by focusing on ending "absurdities" and "dysfunctional aspects" in the law.

He said the measures, to be put to parliament in January, would be backed by 360 million euros ($400 million) of additional funding.

"What is needed is to bolster special measures such as offering sanctuary and then supporting the victims," said Francoise Brie, who heads the National Federation of Women's Solidarity.

Equality Minister Marlene Schiappa promised that the new measures would be funded, but also stressed in a newspaper interview that the "fight against marital violence is not just a question of money".

An AFP examination this month of every case of femicide in France showed how the justice system had failed to act in the face of warning signs of the potential for violence.

But in an open letter Monday, more than a dozen top French judges urged women to keep faith in a system that is "improving and adapting itself". 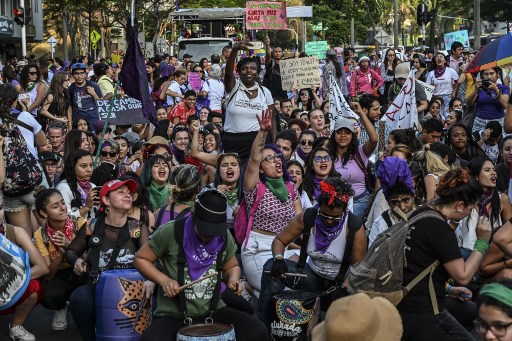 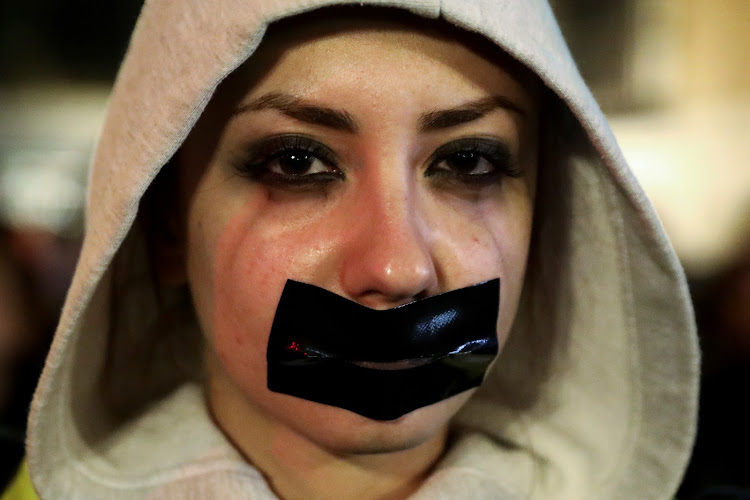