President Hassan Rouhani wants US to revert to 2015 nuclear deal 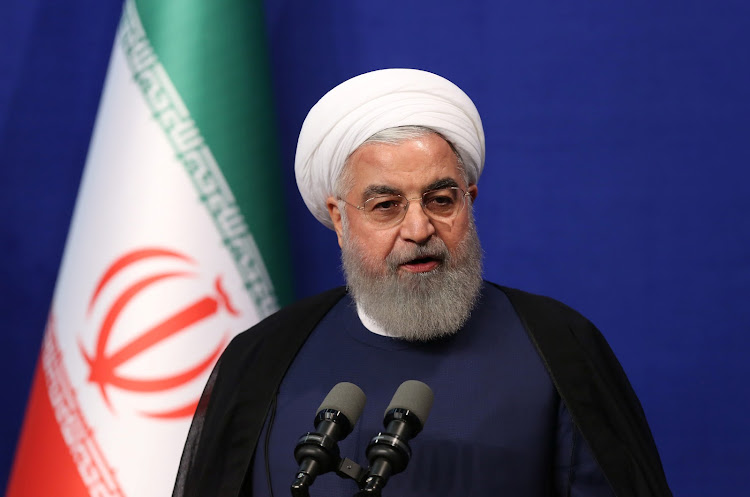 Iranian President Hassan Rouhani. Iran has dismissed the proposal of a new 'Trump deal', telling the US to return to the nuclear pact it abandoned in 2018.
Image: President website/Handout via Reuters

Iranian President Hassan Rouhani dismissed on Wednesday a proposal for a new “Trump deal” aimed at resolving a nuclear row, saying it was a “strange” offer and criticising US President Donald Trump for "always breaking promises".

British Prime Minister Boris Johnson, who has praised Trump as a great deal maker, called on Tuesday for Trump to replace Iran's 2015 nuclear deal with major powers with his own new pact to ensure Tehran does not get an atomic weapon.

Trump said he agreed with Johnson that a “Trump deal” should replace the Iran nuclear deal.

In a televised speech, Rouhani told Washington to return to the nuclear pact which Washington abandoned in 2018.

The agreement calls for the lifting of international sanctions on Iran in return for curbs to its nuclear programme. Since quitting the pact, Trump has reimposed sanctions on Iran that have crippled its economy.

Iran's Rouhani rules out bilateral talks with US

Iran will never hold bilateral talks with the United States but if it lifts all the sanctions it reimposed on Iran it can join multilateral talks ...
News
2 years ago

Tehran says it wants to keep the agreement but cannot do so indefinitely if it receives none of the promised economic benefits. It has gradually taken steps to reduce its compliance, which prompted Britain, France and Germany to formally accuse it on Tuesday of violating the terms.

“This Mr Prime Minister in London, I don’t know how he thinks. He says let’s put aside the nuclear deal and put the Trump plan in action,” Rouhani said.

“If you take the wrong step, it will be to your detriment. Pick the right path. The right path is to return to the nuclear deal.”

Rouhani said Iran could reverse steps that exceeded restrictions in the agreement as soon as sanctions are lifted.

Britain, France and Germany activated a dispute mechanism in the deal on Tuesday, which eventually could lead to the reimposing of UN sanctions. Iran called this step a “strategic mistake”.

The European powers said they were acting to avoid a crisis over nuclear proliferation adding to an escalating confrontation in the Middle East.

Rouhani criticised the Europeans for reneging on promises to protect Tehran's economy from US sanctions.

Tensions have reached a new peak between the arch enemies since Washington killed an Iranian general in a drone strike in Baghdad on January 3. Tehran responded a week ago by launching missiles at US targets in Iraq. No Americans were hurt, but hours later Iran shot down a Ukrainian civilian airliner in what its government has acknowledged as a tragic mistake.

Rouhani repeated Iran's long-standing position that peace can come to the Middle East only when the US withdraws from the region.