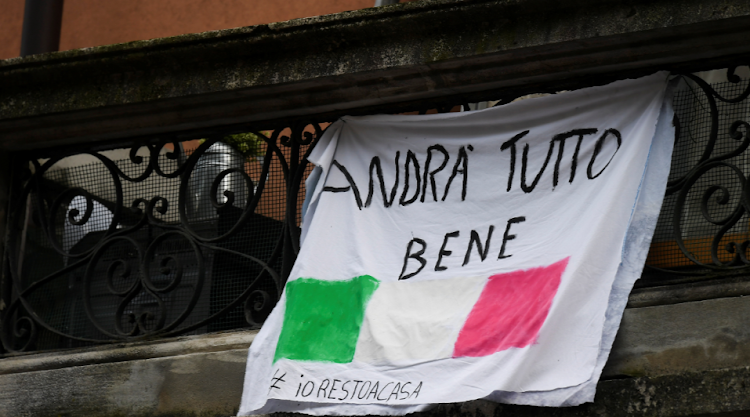 A banner with an Italian flag and reading 'All will be well' is seen, as the spread of Covid-19 continues in Milan, Italy, on March 20, 2020.
Image: REUTERS/Daniele Mascolo

Italian doctor Lorena Quaranta, 27, was allegedly murdered by her boyfriend Antonio de Pace on Tuesday for “giving him coronavirus”.

De Pace is a nurse and worked with Quaranta at the same hospital in Sicily where they were deployed to wage the war against coronavirus, reports The Sun UK.

Police found the young doctor's body in the couple's flat after De Pace allegedly called them and confessed to what he had done. He was found with his wrists cut as he attempted suicide.

Early tests have shown that Quaranta did not have the coronavirus, according to reports.

Metro UK reports that Quaranta's family was permitted to “quickly hold her funeral” during the coronavirus outbreak.

Quaranta's Facebook page has been flooded with tributes as people thanked her for her contribution to health care. A few days before her death, she took to Facebook to react to the deaths of 41 Italian doctors from Covid-19.

Posted by Specializzazioni in Medicina. Associazione ALS on Friday, March 27, 2020

Ajax Amsterdam technical director Marc Overmars has expressed astonishment at plans to try to complete the Dutch league season and compared the ...
Sport
2 years ago