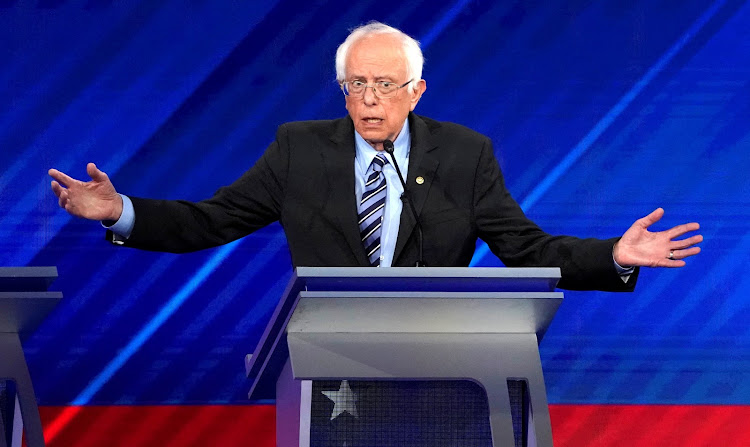 Sanders plans to address supporters during a livestream later on Wednesday, a statement said.

Today I am suspending my campaign. But while the campaign ends, the struggle for justice continues on. https://t.co/MYc7kt2b16

The US senator from Vermont, a democratic socialist whose progressive agenda pulled the party sharply to the left, shot to an early lead in the Democratic race but faded quickly after losing South Carolina in late February as moderate Democrats consolidated their support behind Biden's campaign.

The departure of Sanders, the last remaining rival to Biden, sets up a battle between the 77-year-old former vice president and Trump, 73, who is seeking a second four-year term in office.

Sanders' decision to step aside came with the country in the grip of a coronavirus outbreak that upended the nominating elections schedule, with some primaries postponed and others up in the air. Sanders had been his party's front-runner just a month ago.

Sanders, who also mounted an unexpectedly strong challenge in 2016 to eventual Democratic nominee Hillary Clinton, had been under pressure to halt his campaign after Biden won resounding victories in primary contests on March 17 in Florida, Arizona and Illinois.

Mampara of the week: Joe Biden

In a Mampara moment at a campaign event he mistook his sister for his wife.
Opinion & Analysis
1 year ago

A resurgent Joe Biden rode a wave of momentum to win at least eight states on Super Tuesday and Bernie Sanders was leading in the biggest race in ...
News
1 year ago