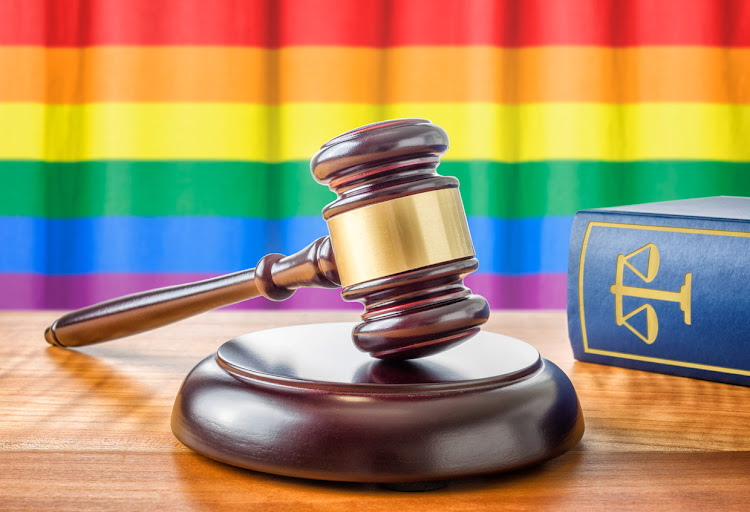 The Muslim man in his 30s, whose name has been withheld by his lawyer to protect his privacy, filed the lawsuit after he was arrested in 2018 for attempting gay sex, which he denies.
Image: Gallo Images/ IStock

Malaysia's top court has given the go-ahead for a man to challenge an Islamic ban on sex "against the order of nature", his lawyer said on Wednesday, in a test case for gay rights in the mostly Muslim country.

LGBT+ rights groups say Islamic laws have been increasingly used to target the country's gay community, with a rise in arrests and punishments ranging from caning to jailing.

The Muslim man in his 30s, whose name has been withheld by his lawyer to protect his privacy, filed the lawsuit after he was arrested in 2018 for attempting gay sex, which he denies.

Same-sex acts are illegal in Muslim-majority Malaysia, although convictions are rare. The country, which has 13 states, has a dual-track legal system, with Islamic criminal and family laws applicable to Muslims running alongside civil laws.

The man argued that central Selangor state, site of his arrest, has no power to enforce an Islamic ban on "intercourse against the order of nature" when gay sex was already a crime under civil l the first," his lawyer Surendra Ananth told the Thomson Reuters Foundation by phone.

Malaysia's top court gave the case a green light to go ahead in a May 14 decision but it was only made public on Wednesday.

The lawyer said he expected the court to hear arguments by the end of the year, and hoped it could bring changes to other Malaysian states with similar laws.

"(If we win), the state law will be struck down and the criminal charges in the (Islamic) shariah court should be dropped," said Surendra.

Masri Mohd Daud, the legal advisor for the Selangor state which was named as the respondent, could not be reached by phone and did not reply to an email seeking comment.

Zambia's president has pardoned a gay couple sentenced to 15 years in prison in November under colonial-era sodomy laws in a case that caused a ...
News
1 year ago

The man was among 11 men arrested on suspicion of attempting gay sex during a raid in a private residence in Selangor.

Five of the group pleaded guilty, and were sentenced to jail, caning and fines last year, sparking outrage in a socially conservative country whose mores are largely shaped by Islam.

LGBTIQ+ Network, a Malaysian coalition of 12 LGBT+ rights groups, lauded the court's decision to hear the case, saying it would help put a stop to an "ongoing national trend" of using the 'unnatural sex' laws to target LGBT+ people.

"It is clear this state law is being used by authorities to disproportionately criminalise marginalised and persecuted communities based on sexual orientation and gender identity," it said in a statement.

Rights groups say there is growing intolerance toward LGBT+ people in Malaysia, a country of 32 million where 60% of the population is Muslim.

Malaysia retains a British colonial-era ban on sodomy, which is a crime punishable by up to 20 years in jail under civil laws, although it is rarely enforced. Many gay Malaysians are not open about their sexuality as a result of that.

Two women were caned for "attempting lesbian sex" under Islamic laws in the east coast state of Terengganu in 2018, the same year that saw a transgender woman attacked. (Reporting by Beh Lih Yi @behlihyi; Editing by Lyndsay Griffiths.

US recalls its ambassador to Zambia after gay rights row

The United States has withdrawn its ambassador to Zambia following a row with authorities in the southern African nation after he criticised the ...
News
1 year ago