Record numbers of Covid-19 cases in every global region - tally 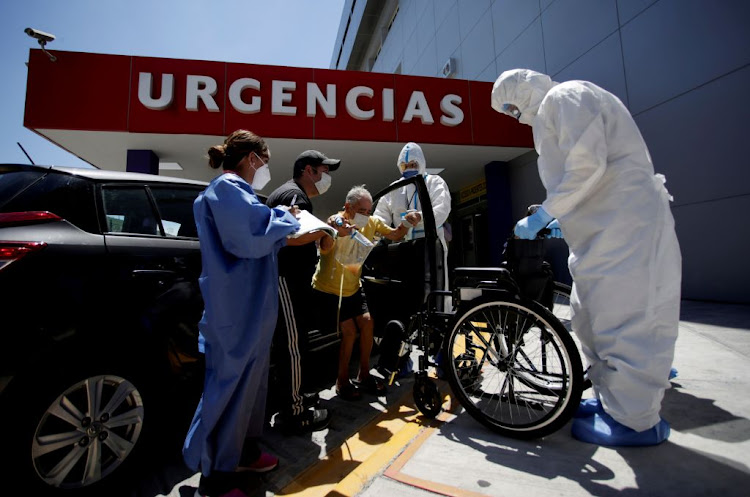 Almost 40 countries have reported record single-day increases in coronavirus infections over the past week, around double the number that did so the previous week, according to a Reuters tally showing a pick-up in the pandemic in every region of the world.

The rate of cases has been increasing not only in countries like the US, Brazil and India, which have dominated global headlines with large outbreaks, but in Australia, Japan, Hong Kong, Bolivia, Sudan, Ethiopia, Bulgaria, Belgium, Uzbekistan and Israel, among others.

Many countries, especially those where officials eased earlier social distancing lockdowns, are experiencing a second peak more than a month after recording their first.

"We will not be going back to the 'old normal'. The pandemic has already changed the way we live our lives," World Health Organisation (WHO) Director-General Tedros Adhanom Ghebreyesus said this week. "We're asking everyone to treat the decisions about where they go, what they do and who they meet with as life-and-death decisions – because they are."

US president Donald Trump suggests that Black Lives Matter protests after George Floyd's death could be the reason for the spike of Covid-19 cases in ...
News
1 year ago

The Reuters data, compiled from official reports, shows a steady rise in the number of countries reporting record daily increases in the virus that causes Covid-19 over the past month. At least seven countries recorded such increases three weeks ago, rising to at least 13 countries two weeks ago to at least 20 countries last week and to 37 countries this week.

The true numbers of both cases and deaths are almost certainly underreported, particularly in countries with poorer health-care systems, health experts and officials say. For this report, the Reuters data was restricted to countries that provide regular daily numbers.

A surge in cases usually precedes a rise in deaths by a couple of weeks.

The US remains at the top of the case list, this week passing more than 4 million cases and recording more than 1,000 deaths for four consecutive days. Brazil and India - which epidemiologists say is still likely months from hitting its peak - have also exceeded 1 million cases.

The data reveals a growing number of resurgent cases in countries across all regions.

In Australia, officials enforced a six-week partial lockdown and made face masks mandatory for residents in the country's second-largest city, Melbourne, after a fresh outbreak.

Australia and Japan, which also posted a daily case record this week, both warned of a rise in infections among young people, many of whom celebrated the end of social restrictions at bars and parties.

In Mexico, which also posted a daily record this week and has the fourth-highest death toll of any country, officials warned that a downward trend in case numbers that began in mid-June - about the time the city began relaxing social distancing measures - could reverse.

Based on the rate of hospital admissions over the past week, Mexico City Mayor Claudia Sheinbaum said, hospitalisation levels by October could exceed those registered in June, the height of the pandemic.

"It is important to recognise that if we do not change the trend, there could be exponential growth," she said.

In Europe, where the summer vacation season is in full swing, a new daily record figure in Spain is likely to deter tourists from visiting one of the continent's most popular destinations.

In Africa, Kenya recorded a record high daily case number less than two weeks after reopening activity, including domestic passenger flights. President Uhuru Kenyatta, who had announced international flights would resume on August 1, has summoned officials to an emergency meeting on Monday to discuss the surge in cases.

In the Middle East, Oman imposed new restrictions that begin on Saturday in addition to a two-week lockdown that will overlap the Islamic feast of Eid al-Adha after reporting a record number of cases.

People who are obese or overweight are at increased risk of death or severe illness from Covid-19, a report by Public Health England (PHE) said on ...
Lifestyle
1 year ago

Regulators that normally work within their own countries or regions will likely harmonize efforts on potential Covid-19 vaccines to speed up their ...
News
1 year ago