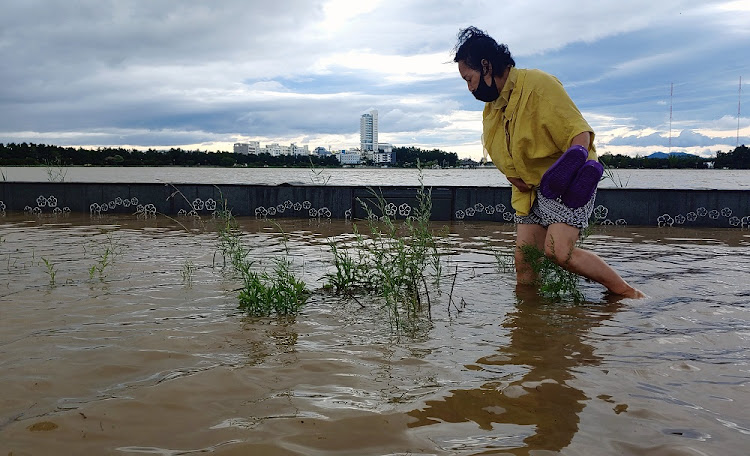 At least one person was reported killed and thousands were temporarily without power as Typhoon Maysak smashed into the Korean peninsula on Thursday, bringing heavy rain and lashing winds to areas still recovering from Typhoon Bavi.

The ninth typhoon of the season and the fourth to hit the peninsula this year left about 120,000 households without power across South Korea, officials said.

One person died when winds shattered a window in South Korea's second-largest city of Busan, which bore the brunt of the storm's 170 kph (105 mph) winds, Yonhap reported.

The peninsula typically sees only one typhoon a year, but another typhoon, Haishen, is brewing south of Japan and is expected to hit the Korean coast on Sunday or Monday, NASA's Earth Observatory reported.

A ship carrying 43 crew and nearly 6,000 cattle from New Zealand to China capsized in the wild weather in the East China Sea, according to a surviving crew member.

The Gulf Livestock 1 sent a distress call from the west of Amami Oshima island in southwestern Japan on Wednesday as Typhoon Maysak barrelled towards the Korean peninsula. 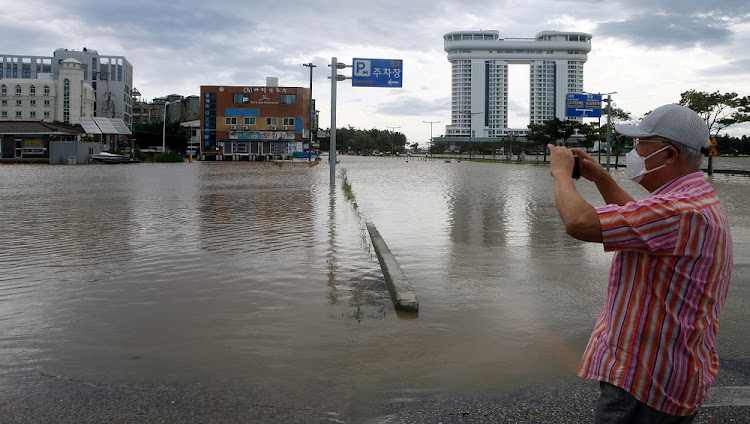 A man takes a photo of a submerged parking lot struck by Typhoon Maysak in Gangneung, South Korea, September 3, 2020.
Image: Yonhap via REUTERS

Some of the areas hardest hit on Thursday were still counting the cost of last week's Typhoon Bavi and one of the wettest monsoon seasons on record.

Parts of the South Korean resort island of Jeju reported more than 1,000mm (39 inches) of rainfall since Tuesday, according to the weather agency.

North Korea took the brunt of Typhoon Bavi, and for a second week in a row state TV carried rare live reports of storm surge and flooding, including in the coastal town on Wonsan.

The reports showed a damaged bridge and flooded farmland, while a van with loudspeakers broadcast warnings to residents.

Later in the day, state TV reported that the typhoon warning had been lifted, with no immediate reports of casualties.

North Korea's agriculture sector is particularly vulnerable to severe weather, and this summer's storms and floods have raised concerns over the country's tenuous food situation.

The string of storms are being fuelled by "extremely warm water of the tropical Western Pacific", NASA reported.