'Work from home': Johnson starts to shut down the UK again as Covid-19 spreads 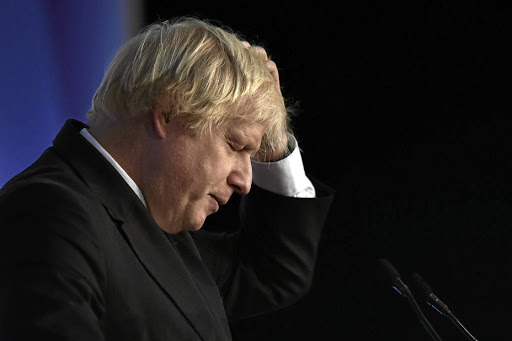 The hospitality sector will be restricted by law to table service only.
Image: Charles McQuillan/Getty

British Prime Minister Boris Johnson will on Tuesday tell people to work from home and will impose new restrictions on pubs, bars and restaurants as part of an attempt to tackle the swiftly accelerating second wave of the Covid-19 outbreak.

In an address to parliament at 1130 GMT and then to the nation at 1900 GMT, Johnson will stop some way short of a full national lockdown of the sort he imposed in March.

"We know this won’t be easy, but we must take further action to control the resurgence in cases of the virus and protect the NHS," Johnson will say, according to excerpts of his remarks distributed by his Downing Street office.

The hospitality sector will be restricted by law to table service only.

Just weeks after urging people to start to return to work, Johnson will tell people to work from home if they can. He will also order all pubs, bars, restaurants and other hospitality venues across England to start closing at 10 p.m. from Thursday.

"One of the things we are going to emphasise is that if it is possible for people to work from home, we are going to encourage them to do so," Minister for the Cabinet Office Michael Gove told Sky News TV. "There is going to be a shift in emphasis."

"They are reluctant steps that we're taking, but they're absolutely necessary because as we were reminded yesterday and as you've been reporting the rate of infection is increasing, the number of people going to hospital is increasing, therefore we need to act," Gove said.

The chief medical officers of the United Kingdom have said children should return to school after the summer holidays, warning that missing out on ...
News
1 year ago

British people should eat less to lose weight as being obese increases the risk of dying from the novel coronavirus, junior health minister Helen ...
News
1 year ago