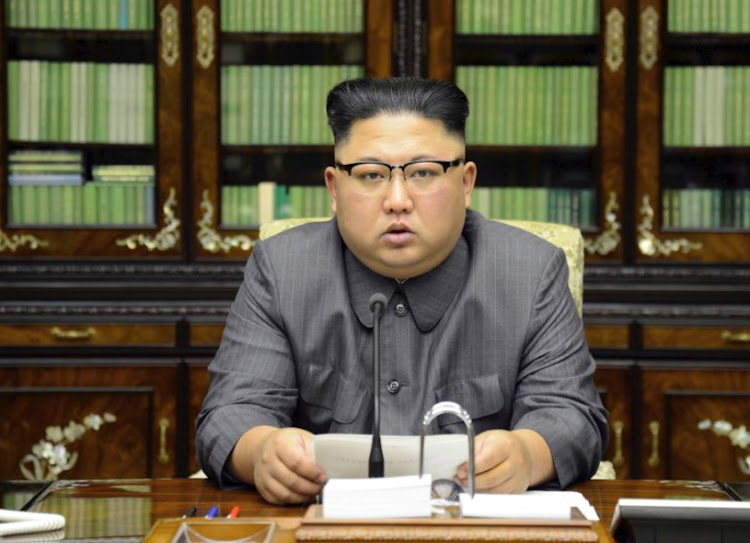 North Korean leader Kim Jong Un offered a rare apology for the killing of the South Korean fisheries officer last week in waters off the west coast of the peninsula. File photo
Image: KCNA via REUTERS

North Korea has discovered "faults" in its anti-coronavirus measures, state media said on Wednesday, after an outcry in South Korea over a citizen who North Korean soldiers killed near their maritime border where tight virus controls are in force.

North Korean leader Kim Jong Un offered a rare apology for the killing of the South Korean fisheries officer last week in waters off the west coast of the peninsula.

North Korea said its soldiers shot him because he tried to flee without revealing his identity but denied a South Korean assertion that they then set his body on fire, saying only a floatation device he had used was burnt in the course of efforts to stop the novel coronavirus.

Kim convened a meeting of the ruling Worker's Party's powerful politburo to review anti-coronavirus measures and improve them, the official KCNA news agency said, adding that participants found "some faults" in their implementation.

KCNA did not elaborate on the faults nor did it mention the killing of the South Korean man.

"The meeting stressed the need to strictly guard against self-complacency, carelessness, irresponsibility and slackness in the anti-epidemic field," the news agency said.

"It also called for successfully maintaining a steel-strong anti-epidemic system and order."

North Korea has not confirmed any coronavirus infections and has imposed strict virus control measures including closing its borders, although South Korea and the United States doubt that it has managed to avoid the pandemic completely.

North Korea's U.N. ambassador said in a speech to the U.N. General Assembly in New York on Tuesday his country's anti-epidemic efforts were "under safe and stable control" and it would now focus on developing its economy based on its "reliable and effective war deterrent".

Yang Moo-jin, a professor at the University of North Korean Studies in Seoul, said the politburo could have discussed the shooting and replaced those responsible, in a bid to end the controversy before the anniversary.