World's first man to be cured of HIV dies of cancer

Tributes are pouring in Timothy Ray Brown, the 'Berlin patient' 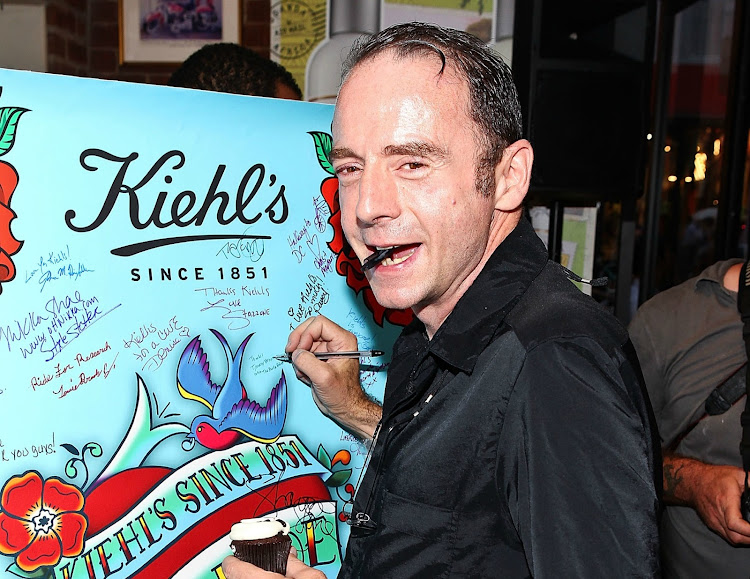 Tributes are pouring in for the world’s first person to be cured of HIV, Timothy Ray Brown, after he lost his battle with cancer.

Brown, who made history as “the Berlin patient” following a complex bone marrow transplant that cured him of HIV in 2008, died on Tuesday at his home in Carlifornia, according to a social media post by his husband Tim Hoeffgen. He was 54.

“He came to a community meeting and to a UCT student meeting we had in 2017 when he came to South Africa. He so enthusiastically engaged with community and medical students and young clinicians alike. It was such a pleasure to witness,” she said.

“He came out to a community site in Philippi Village and he and his husband Tim enthusiastically engaged with community advocates and answered a range of questions posed by community. Timothy was warm, compassionate and inspirational.”

How I was cured of addiction, cancer and HIV

The 'Berlin patient' tells us why he celebrates four birthdays. And why many HIV people don't want to be cured
News
2 years ago

Brown, who was HIV-positive and had acute myeloid leukaemia, was thrust into the spotlight 12 years ago after his doctors purposefully chose a bone marrow donor that was naturally resistant to HIV infection. The donor had a rare mutation in part of their DNA called the CCR5 gene.

The mutation essentially locks the CCR5 gene, which is the doorway that HIV uses to gain access to the cells. Brown’s new cells gave him resistance to HIV and he no longer needed antiretroviral treatment to suppress the virus.

Bekker said after his cure Brown became “a strong and compelling voice for HIV care, prevention and cure”.

“He was passionate about talking to and instilling hope in others living with HIV. He told me he carried it as a great responsibility that he was the one individual at the time in the whole world who was really cured,” she said.

“His story continues to offer a beacon of hope that HIV can be overcome. Sadly cancer has claimed his life in the end, but he triumphed over HIV.”

The International Aids Society (IAS) said Brown gave the world hope that an HIV cure was possible. Even though in the past six months Brown had been living with a recurrence of leukemia, which affected both his spine and brain, he remained HIV-free.

Adeeba Kamarulzaman, the president of the IAS and professor of medicine and infectious diseases at the University of Malaya in Malaysia, said Brown and his doctor Gero Hütter opened the door for scientists to explore the concept of a cure.

“Timothy was a champion and advocate for keeping an HIV cure on the political and scientific agenda. It is the hope of the scientific community that one day we can honour his legacy with a safe, cost-effective and widely accessible strategy to achieve HIV remission and cure using gene editing or techniques that boost immune control,” she said.

Adam Castillejo, now known as the “London patient”, became the second man cured of HIV through a bone marrow transplant a full decade after Brown.

Earlier this year, Loreen Willenberg was reported as being the first possible case of an HIV cure without the risky transplant. Willenberg has been living with HIV since 1992 and despite not taking antiretrovirals, was found to have no traces of intact HIV in her body.

Researchers believe that she may be an “extreme elite controller”, where only fragments of HIV remain and are unable to replicate.

Prof Sharon Lewin, president-elect of the IAS and director of the Doherty Institute in Melbourne, Australia, said: “Although the cases of Timothy and Adam are not a viable large-scale strategy for a cure, they do represent a critical moment in the search for an HIV cure.”

New injectable is a boon for HIV prevention

If you want to protect yourself from HIV infection, but popping pre-exposure (PrEP) pills is not something you fancy, then having an injection may be ...
News
1 year ago

Finding an HIV cure in SA is still an ongoing cause which might take years.
News
1 year ago

Timothy Ray Brown — the only known person to be cured of HIV — thought a cure was science fiction when his doctor raised the idea a decade ago.
News
4 years ago

Living proof of an HIV cure

Timothy Ray Brown - the only known person to be cured of HIV - thought a cure was science fiction when his doctor raised the idea a decade ago.
News
4 years ago