Hurricane Delta bears down on storm-weary US Gulf Coast 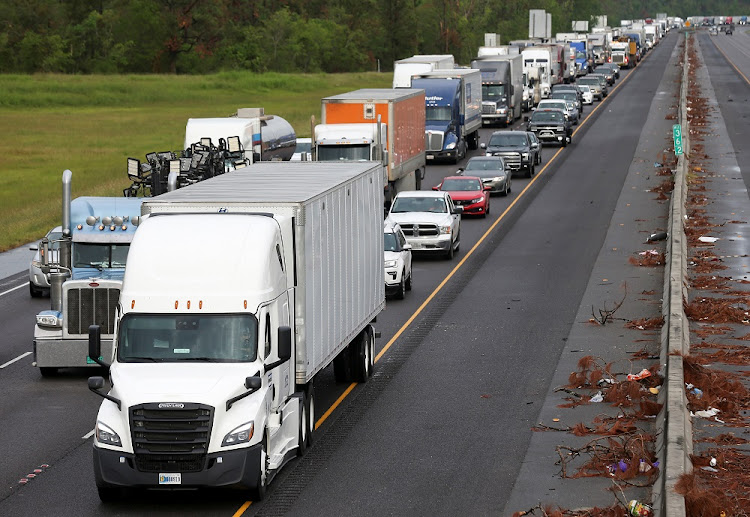 Traffic is pictured along I-10 west as residents evacuate ahead of Hurricane Delta in Lake Charles, Louisiana, US, October 8, 2020.
Image: REUTERS/Jonathan Bachman

Residents in parts of the US state of Louisiana left town or made last-minute preparations on Friday as Hurricane Delta spun across the Gulf of Mexico toward a region struggling to recover from the damage inflicted by a hurricane less than two months ago.

National Hurricane Center Forecasters predict that Delta will be a Category 3 storm on the Saffir-Simpson scale when it makes landfall on Friday afternoon or evening, carrying 115 mile-per-hour winds and a "life threatening" storm surge.

"I know people in Louisiana, especially the southwest, are very strong and very resilient, but they are going to be tested here," Governor John Bel Edwards said at a Thursday evening news conference.

Forecast models show Delta making landfall between the cities of Lake Charles and Lafayette, driving a 4- to 11-foot (1.2-3.3 meters) storm surge up Vermilion Bay on the coast. It could also unleash tornadoes as it moves over land and drop up to 10 inches (25 cm) of rain.

The same region was hard hit by Hurricane Laura in August, leaving some 8,000 people still living temporarily in hotel rooms and others with damaged homes.

"They never had time to recover from Laura and now this next storm is hitting them. They never had time to get back on their feet and they didn't think they could survive the second one," Cathy Evans, 63, said of her daughter's family as she helped them move out of their Lake Charles home.

Top Caribbean getaway Cancun shuttered shops and evacuated tourists from beach hotels as authorities prepared for the onslaught of Delta, a ...
News
1 year ago

Evans, who traveled to Lake Charles from Texarkana, Arkansas, left with her daughter and family for Texas on Thursday evening as Louisiana was closing its flood control gates.

New Orleans may be spared the worst of the storm, although it will be hit by gusty winds and mild rain, said AccuWeather meteorologist Dan Kottlowski, with Lafayette the largest city on the storm's eastern and more dangerous side.

The state received a federal emergency declaration and Wal-Mart said it was closing many of its stores across the Gulf Coast as a precaution.

When Delta reaches the northern Gulf Coast, it will be the 10th named storm to make a US landfall this year, eclipsing a record that has stood since 1916.