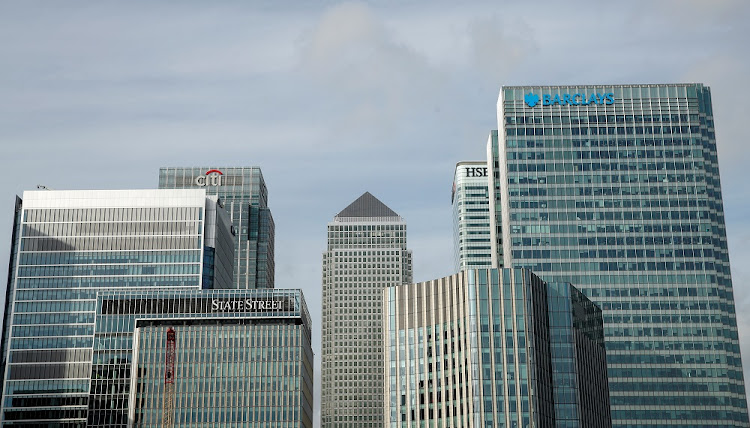 Buildings are seen in Canary Wharf business district, amid the outbreak of the coronavirus disease (Covid-19), in London, Britain.
Image: REUTERS/Matthew Childs/File Photo

Major banks in London have started directing all but essential workers to revert to home working, following the government's plans for a month-long lockdown in England from Thursday.

The switch will be a further blow to the City of London and Canary Wharf financial districts, whose skyscrapers have sat largely empty for most of the year with footfall at local businesses a fraction of normal levels.

Several investment banks had been encouraging more staff to work in their offices in recent months since the first lockdown in March, but the latest measures by the government have forced them into a reversal of policy.

Staff at Deutsche Bank were told in a memo on Sunday, seen by Reuters, that the company planned to "substantially reduce" the numbers of staff working from its London office.

The bank said the majority of staff who had returned to the office would be asked to work from home, although some would be exempt depending on their role or personal circumstances.

A spokesman for Deutsche Bank confirmed the contents of the memo.

Goldman Sachs has told its employees in a memo that only staff designated as in-office essential may come into the London office during the lockdown.

The US bank also said it would be closing its on-site gym from today but its health centre and crèche will remain open.

Prime Minister Boris Johnson ordered the lockdown for England from Thursday, a move that will probably cause the economy to shrink again.

City of London leader Catherine McGuinness said support would be needed for sectors like hospitality and retail to reopen safely after restrictions end to help pay for the extension to the government's furlough scheme until December.

"We urge policymakers to keep these measures under close review based on the evidence and set out a pathway for how parts of the country, including London, can return to a semblance of normality," McGuinness said.

Goldman and Deutsche stressed that only workers designated as essential can come into the office, a nod to stricter conditions from regulators.

The Financial Conduct Authority said in September that bankers should have a letter signed by a senior company official stating they have been designated an essential worker in line with criteria set out by the watchdog.