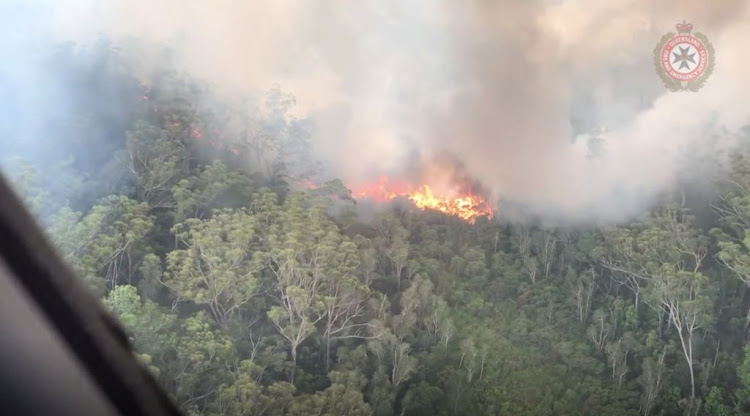 Residents of a coastal township on Australia's World Heritage-listed Fraser Island were told to evacuate on Sunday as a bushfire approached.

Since it was sparked by an illegal campfire seven weeks ago, the blaze has blackened half the island off Australia's north eastern coast, which is part of the Great Barrier Reef and famed for its tropical rainforest on sand dunes, and inland lakes.

"We now don't anticipate that that fire will run into the Happy Valley settlement today but we'll continue to work hard," Leach said.

"We will continue to have aircraft on the fire from first light tomorrow to try and knock that fire down as best we can."

Firefighters have made some progress reining in a blaze in a Southern California canyon, but faced more high winds and low humidity on Friday that ...
News
1 year ago

Officials said that there were more than 90 personnel, 38 vehicles and 17 aircraft working on Fraser Island, including a large air tanker based in the state for the bushfire season and another tanker on the way from New South Wales state.

"Leaving immediately is the safest option, as it will soon be too dangerous to drive," the state's Fire and Emergency Services said on social media. "Any persons in the vicinity of Happy Valley township should leave the area."

Australia has been experiencing hotter and longer summers, with last season dubbed "Black Summer" by Prime Minister Scott Morrison due to unusually prolonged and intense bushfires that burned nearly 12 million hectares and killed 33 people and an estimated 1 billion animals.

Specialised drones are being tested in a programme to boost koala numbers on Australia's east coast, dropping seeds of gum trees as part of a World ...
News
1 year ago