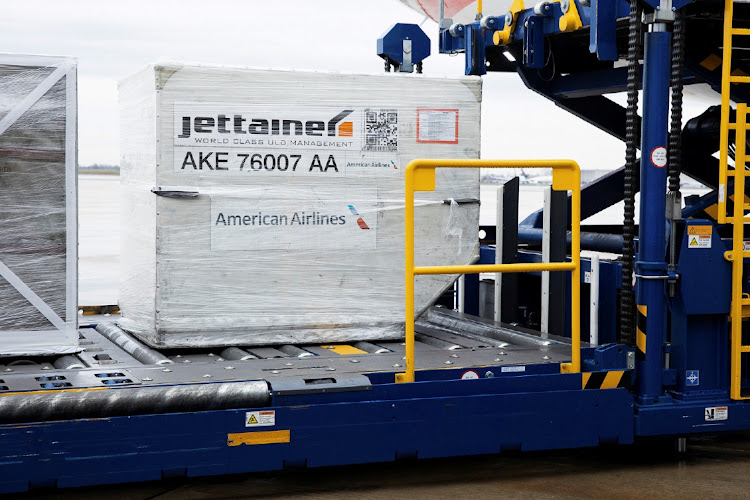 Boxes are seen as an American Airlines cargo plane is unloaded at Philadelphia International Airport in Philadelphia, Pennsylvania, US, December 4, 2020. American Airlines Cargo is the largest facility for pharmaceutical products on the East Coast, and could soon be used to store coronavirus disease (Covid-19) vaccines.
Image: REUTERS/Rachel Wisniewski

A sizeable minority of people believe conspiracy theories about the coronavirus and Covid-19 vaccines, some experts have warned, just as countries prepare to launch mass inoculations to get the pandemic under control.

Britain begins its vaccine programme this week and others are likely to follow soon, so governments are seeking to reassure people of vaccines' safety and efficacy to get a critical mass to take them.

In the US, President-elect Joe Biden said he would have a coronavirus vaccine publicly to demonstrate its safety, and referred to people losing faith in the vaccine's ability to work.

“What we're finding is, in the wake of the pandemic, that conspiracy beliefs may have gone mainstream, that they're no longer confined to the fringes,” Daniel Freeman, Professor of Clinical Psychology at Oxford University, told Reuters.

The World Health Organisation estimates a 65-70% vaccine coverage rate as necessary to reach population immunity through vaccination, though the idea of herd immunity assumes a vaccine prevents transmission, not just the disease itself.

A survey in Britain last month showed that almost two-thirds of people would get vaccinated for the disease. But many have expressed unease at the speed at which companies have developed the drugs to tackle it, and about possible side effects.

Based on published vaccines trial data generated so far this year by Moderna, the BioNTech-Pfizer partnership and AstraZeneca, side effects have not been serious or long lasting.

Some also believe unfounded say spread over the internet, including that the pandemic was fabricated by governments to control people or that Microsoft co-founder Bill Gates wanted to use vaccines to insert tractable microchips into people.

At a recent protest in central London, hundreds of people shouted slogans against Covid-19 lockdown measures and vaccinations.

One demonstrator, Michelle, called the pandemic a “hoax”. “It's a cover-up while they reset the whole economy,” she shouted.

'IT MAKES YOU PARANOID'

Leila Hay, a university student in the northern English city of Hull, said she ended up believing some of what she read online about vaccines and the pandemic, even though she now says it has no basis in truth.

“I was looking at a lot of groups, and they were just there for anyone to go into, they were very public and had a lot of followers,” the 19-year-old recalled.

Some of the theories she once espoused came via QAnon, a platform that has become a “big tent” conspiracy theory encompassing misinformation about topics ranging from alien landings to vaccine safety.

Followers of QAnon say a so-called Great Awakening is coming to bring salvation.

“I was constantly preparing for the absolute worst scenario, like a new world order was going to happen.”

Tom Phillips, editor at fact-checking charity Full Fact, said rumours and false information during pandemics have been about for centuries.

“What technology has done is it's enabled them to spread far more quickly and far more internationally in a way that is fairly unprecedented,” he said.

“Rumour can begin in Italy one day and it can be across multiple continents a few days later, as we have seen happen several times.”

Oxford University's Freeman said he had been surprised by how many people were entertaining unfounded ideas.

“I think conspiracy saying can be pernicious. And, you know, it's a time we all need to come together and conspiracy beliefs typically divide.”