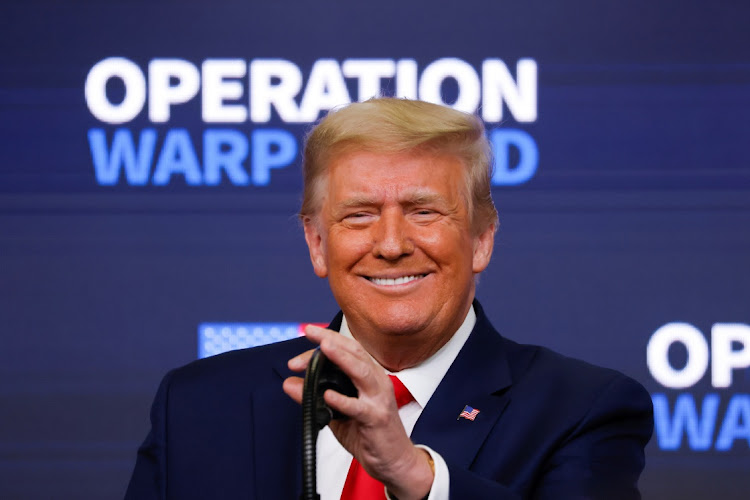 Last week, a district court in Nevada ruled that the Trump campaign had not proven a say that there had been a malfunction in voting devices and the contest between Trump and Biden had been manipulated.
Image: REUTERS/Tom Brenner

The Supreme Court of Nevada rejected an appeal late Tuesday from President Donald Trump's campaign to overturn the election results in the state, affirming President-elect Joe Biden's win in one of the battleground states that gave him overall victory.

It was the latest court failure for Trump and his allies, who have lost dozens of cases in state and federal courts in an unsuccessful attempt to nullify the result of the Nov. 3 election. Trump says the result was fraudulent, but no court has found evidence to support his assertions.

Last week, a district court in Nevada ruled that the Trump campaign had not proven a say that there had been a malfunction in voting devices and the contest between Trump and Biden had been manipulated.

“We also are not convinced that the district court erred in applying a burden of proof by clear and convincing evidence, as supported by the cases cited in the district court's order,” Nevada's Supreme Court said in its judgment.

Nevada's Republican Party said it was “extremely disappointed” by the decision.

“We were not afforded an opportunity to write our brief or argue the case in front of the Court,” Nevada's GOP said in a statement. “Full denial of legitimate due process and appellate rights is truly unprecedented, shocking and extraordinary.”

Biden won Nevada by a 33,596-vote margin, giving him the state's six votes in the Electoral College which chooses the president. The electors are scheduled to meet on December 14 to formalise the outcome, with Biden having won 306 votes to 232 for Trump.

Tuesday was marked as the so-called safe harbour deadline for states to resolve disputes arising from the election. Under US  law, Congress will consider a state’s election result to be “conclusive” if it is finalised by the safe harbour date.

Thousands take to streets of US in celebration of Biden victory

From weighing in on farm murders to claims of being "arrested" while trying to see Mandela, both Trump and Biden have mentioned SA in the past.
News
1 year ago

Whatever happens to America, some family ties may never be great again

Differences over Trump have divided families, torn up friendships and turnt neighbour against neighbour
World
1 year ago