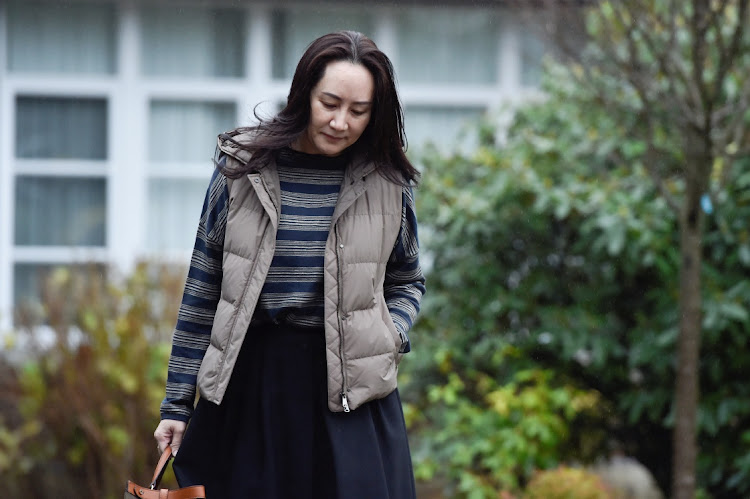 A Canadian border official who oversaw staff at Vancouver's airport when Huawei CFO Meng Wanzhou was arrested two years ago testified on Friday she said information sharing between her agency and the federal police was inappropriate.

Canada Border Services Agency (CBSA) Chief Nicole Goodman told the court Meng's travel history should not have been shared with the FBI. She was reacting to communications shown in court between Canadian and US agencies that did not establish a clear legal basis for such sharing.

Goodman testified in British Columbia Supreme Court as part of Meng's US extradition case. Meng, the 48-year old daughter of Huawei founder Ren Zhengfei, was arrested on a US warrant on Dec. 1, 2018 at Vancouver International Airport.

She faces charges of bank fraud for allegedly misleading HSBC about Huawei Technologies Co Ltd's business dealings in Iran, causing the bank to break US sanctions.

Meng has denied the charges and is fighting the extradition from Vancouver, where she is under house arrest.

Her lawyers have argued that US and Canadian authorities co-ordinated ahead of her arrest, using the extended investigative powers of the CBSA to first interrogate her without a lawyer present.

Huawei CFO to appear in Canada court in US extradition case

A top executive of China's Huawei Technologies Co Ltd who is under arrest in Canada is set to appear in a Vancouver court on Friday for a bail ...
News
3 years ago

They allege that the Royal Canadian Mounted Police (RCMP) directed the CBSA's investigation of Meng, and that the agency inappropriately shared information with the RCMP. On Friday Meng's defence lawyer Mona Duckett in her questioning of Goodman sought to reinforce a say that Canadian officials mishandled Meng's case, such as by the RCMP illegally leading the CBSA's investigation and covering this up.

“There's nothing for me to hide. I feel like everything was done in good faith,” Goodman said.

Prosecutors say the investigation and arrest followed standard procedures and the extradition should move forward.

The Canadian prosecutors on the case also said that two additional witnesses are expected to testify next week as part of Meng's ongoing US extradition hearing. Witness testimony continues amid reports last week that US prosecutors are discussing a deal with lawyers for Meng to resolve criminal charges against her, signalling a potential end to a case that has strained ties between the US, China and Canada.

Meng's extradition hearing is expected to wrap up in April.

Chinese government and its leading smartphone maker Huawei Technologies Ltd on Monday stepped up pressure on U.S. and Canadian governments in a ...
News
3 years ago

Huawei CFO to appear in Canada court in US extradition case

A top executive of China's Huawei Technologies Co Ltd who is under arrest in Canada is set to appear in a Vancouver court on Friday for a bail ...
News
3 years ago