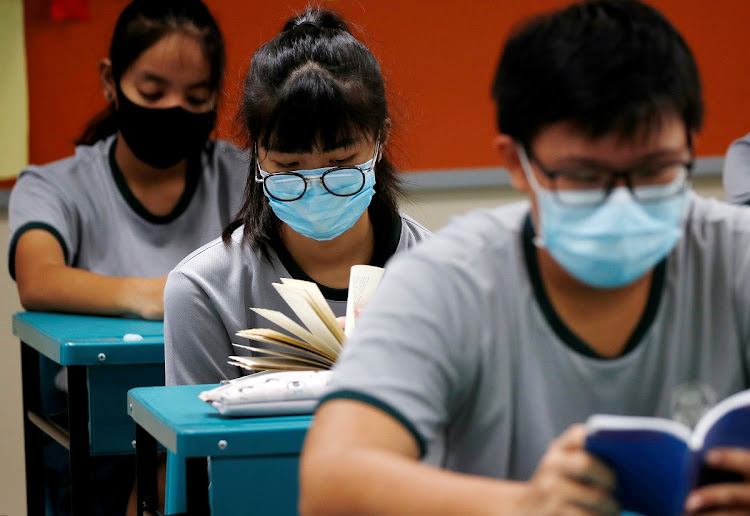 As Singapore prepares to roll out Covid-19 vaccinations its striking success in controlling the virus is making some question whether they should take the jabs.

In a city-state where compliance with the authorities is generally high, some Singaporeans fear potential side effects — even if minimal — are not worth the risk when daily cases are almost zero and fatalities are among the world's lowest.

“Singapore is doing pretty well,” said Aishwarya Kris, who is in her 40s and does not want a shot.

“I doubt the vaccine will help at all.”

A poll by local newspaper The Straits Times in early December found that 48% of respondents said they will get a vaccine when it is available and 34% will wait six to 12 months.

But the government is keen to open more of the economy with the help of the vaccine in a country dependent on travel and trade and preparing to host the World Economic Forum's annual gathering next year.

“Singapore is a victim of its own success,” said Leong Hoe Nam, an infectious diseases expert at the city's Mount Elizabeth Hospital.

To show the vaccine is safe, Prime Minister Lee Hsien Loong, 68, said he and his colleagues would be among the early recipients of the shots.

They will be free, voluntary and given first to health care workers and the elderly.

The first shipment of the Pfizer-BioNTech vaccine arrived this week and Singapore expects to have enough vaccines for all 5.7 million people by the third quarter of 2021.

The threat of asymptomatic carriers and undetected transmission remains even in Singapore and highlights the importance of vaccines, experts say.

“RESPONSIBLE THING TO DO”

Many Singaporeans said they are ready to take the shots — not just to ward off infection but in hopes they can travel again. For others, it's a civic duty.

“I am the one in the family that goes out daily to work, so it's the responsible thing to do,” said Jeff Tan, a 39-year-old photographer.

Singapore acted swiftly after the first cases of the virus were reported and though it was blindsided by tens of thousands of cases in migrant workers dormitories, it has brought infections right down again.

Singaporeans are generally accepting of vaccines, with a near 90% uptake of major childhood jabs, said Hsu Li Yang at Saw Swee Hock School of Public Health at National University of Singapore.

But there is concern about a new vaccine that uses novel technology and has had a rapid development and approval. Typically, vaccine acceptance takes time, he said.

Even three nurses told Reuters under the condition of anonymity that they would prefer not to take the vaccine.

Singapore's drug regulator said it granted approval after data submitted by Pfizer-BioNTech was assessed to demonstrate the vaccine meets the required safety, efficacy and quality standards, and that the benefits outweigh the known risks.

Pfizer's vaccine has been linked with a few cases of severe allergic reactions as it has been rolled out in the UK and the US. But it has not turned up any serious long-term side effects in clinical trials.

John Han, a sales manager, said he wanted to wait for 80% of the population to take the vaccine without side effects.

“If there is a choice given, I might not take it. I don't mind to put on the mask, be safe, avoid crowded places,” said Han, 40.