FBI offers reward for details of those behind Washington pipe bombs 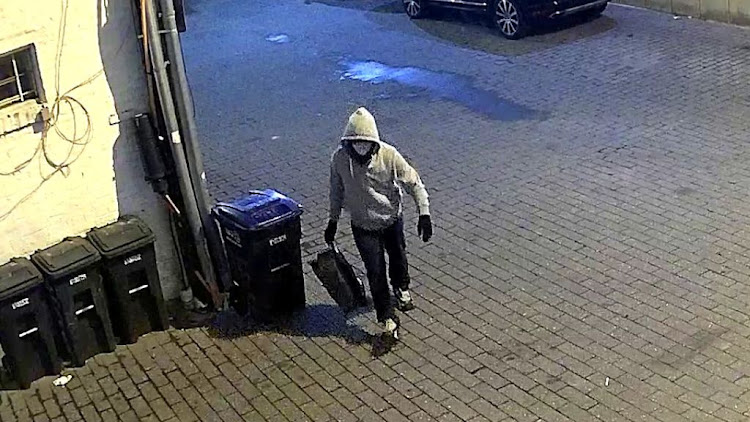 The FBI issued a notice, which features this surveillance photo, requesting information on person(s) responsible for pipe bombs left at the Republican National Committee (RNC) and Democratic National Committee (DNC) headquarters in Washington, US, on January 6 2021.
Image: FBI/Handout via REUTERS

The FBI is offering a reward of up to $50,000 (R766,000) for information on who placed pipe bombs in the committee headquarters of both major US political parties in Washington.

The statement was accompanied by an image of a masked suspect wearing gloves and a hooded sweatshirt, carrying an object.

"The FBI is offering a reward of up to $50,000 for information leading to the location, arrest and conviction," it said.

#FBIWFO is offering a reward of up to $50K for info leading to the location, arrest & conviction of the person(s) responsible for the pipe bombs found in DC on Jan. 6. https://t.co/q9pdw6Rnoy pic.twitter.com/aQ7Vz4uydO

The US Capitol police said the devices could have caused "great harm".

"The USCP Hazardous Materials Response Team determined that both devices were, in fact, hazardous and could cause great harm to public safety," police said in an emailed statement.

ABC News reported that bomb technicians used water cannon to blast the devices to break them apart and render them harmless on Wednesday just as supporters of US President Donald Trump stormed into the Capitol building, where lawmakers were certifying the victory of President-elect Joe Biden.

Trump initially praised his supporters but later condemned the violence.

Senators and Congressmen were forced to evacuate after Trump supporters smashed windows and engaged in looting. The violence, which killed five people, followed a rally at which Trump exhorted supporters to fight to overturn the result of the November 3 election that he lost.

House of Representatives Speaker Nancy Pelosi said on Friday that if Trump did not resign, she had instructed the House Rules Committee to move ahead with a motion for impeachment and legislation on the US Constitution's 25th Amendment, which provides for removal of a president who is unable to discharge his official duties.

The chaos in Washington on Wednesday unfolded after President Donald Trump spent weeks whipping up his supporters with false allegations of fraud in ...
News
1 year ago

Police officer dies of injuries from riot by Trump supporters

A US Capitol Police officer, Brian Sicknick, has died of injuries suffered when supporters of President Donald Trump assaulted the legislative ...
News
1 year ago