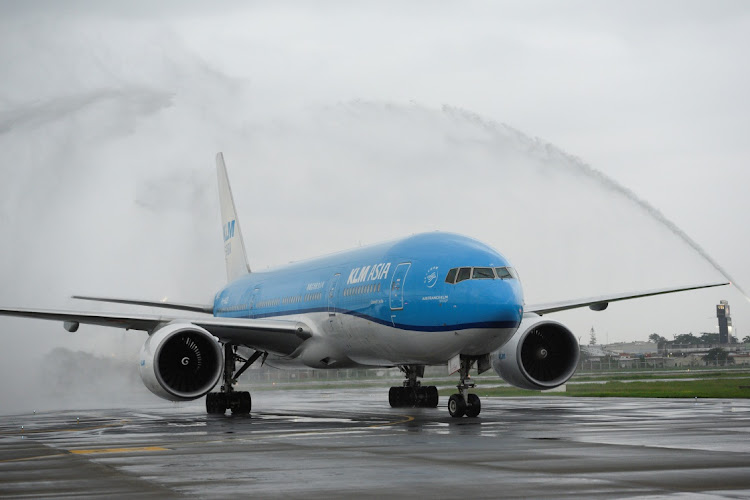 The Dutch government on Wednesday proposed a ban on flights from SA and the UK to limit the spread of coronavirus in the Netherlands.
Image: Reuters

The Dutch government on Wednesday proposed the first nationwide curfew since World War 2 and a ban on flights from SA and the UK in its toughest moves yet to limit the spread of coronavirus in the Netherlands.

Prime minister Mark Rutte said the curfew, which is largely intended to target new, more infectious variants of the disease, must be approved by parliament, which is set to debate measures against the coronavirus on Thursday.

The flight ban, which Rutte said also will apply to all South American countries, will begin on Saturday. The curfew was expected to take effect this weekend, he said.

“This is a very tough measure, but we are at a crossroads,” Rutte said in a televised news conference. “The British variant doesn't leave us with an alternative.”

KLM Royal Dutch Airlines has cancelled all flights from Johannesburg and Cape Town to Amsterdam in order to comply with the new regulation issued by the Dutch Government.

KLM says all passengers will be contacted and re-booked on alternative flights at no additional cost.

The curfew would allow only people with pressing needs to leave their homes between 8.30pm and 4.30am local time, Rutte said.

Exceptions include medical emergencies, people who need to be outdoors to carry out essential jobs and walking of pets on a leash. Violators can be fined 95 euros (R1,711).

The government said it will also require all international travellers arriving by aeroplane or boat to provide proof of a second negative Covid-19 rapid test, taken just before departure. It had already required a negative test taken within 72 hours of travel.

KLM, the Dutch subsidiary of Air France KLM, said that in response to the requirement it will halt 270 weekly long-haul flights and an undetermined number of European flights to the Netherlands from Friday.

“Based on the information we have this will also count for crew members,” said KLM spokesperson Gerrie Brand. “We cannot take the risk that crew members get stuck abroad, so we have decided to halt all long-haul flights.”

Schools and non-essential shops have already been shut since mid-December, after the closure of bars and restaurants two months earlier. They will remain shut until at least February 9.

Infections in the Netherlands have decreased steadily in the past three weeks, but health authorities say the new variants will lead to a new surge by next month if social distancing measures are not tightened.

The government currently has a caretaker status, as Rutte last Friday handed his resignation to King Willem-Alexander after a damning report on his cabinet's handling of childcare subsidies.

Rutte has said he will remain to take decisions on Covid-19 policies until a new government is formed after the March 17 elections, seeking broad support for measures from both coalition and opposition parties.

More than 165,000 people in the industry have lost their jobs since lockdowns started at the end of March.
Business Times
1 year ago

You can travel home by taxi or bus, if it's less than 70% full, air flights hit by curfew

Taxis and long-distance buses travelling 200km or more must operate at 70% capacity and ensure all passengers are wearing face masks.
News
1 year ago

When businesswoman Marina Wessolowski arrived in Cape Town on December 12 she was looking forward to spending Christmas with family and friends ...
News
1 year ago