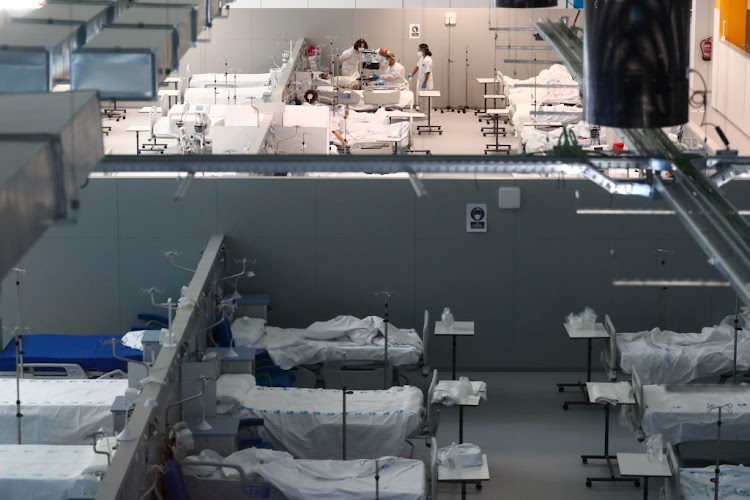 An 85-year-old woman believed by her family to have died from the coronavirus surprised her relatives by returning to her care home nine days after they were told she had been buried, a newspaper reported on Sunday.

After a mix-up over names, the family of Rogelia Blanco were informed that the pensioner died of Covid-19 on January 13 and her funeral was the next day, the La Voz de Galicia newspaper said. Due to coronavirus protocols, they were unable to attend.

So when she arrived fit and well back at the care home in Xove, northern Spain, on Saturday where her husband Ramón Blanco also lived, he was overwhelmed, the paper said.

"I could not believe it. I was crying, after the death of my wife," it quoted him as saying, adding that it was the woman who shared a room with Blanco who had died.

The newspaper quoted the San Rosendo Foundation, which runs the care home, as saying the error occurred when Blanco and other residents who tested positive for Covid-19 were transferred to another care home on December 29 for specialised treatment.

"Among the elderly people transferred were two women who were assigned the same room," the foundation said, according to La Voz de Galicia. They were transferred to the Os Gozos residency in Pereiro de Aguiar, 223km (139 miles) from Xove.

"An identification error during the process of transfer from Xove to Pereiro de Aguiar led to the death of one of them being certified on January 13, although the identity was wrongly assigned," it said.

The foundation expressed its regret for the "unfortunate incident", the newspaper said, quoting the statement, which added: "This is a one-off event, among the more than 100 transfers that have been made since last December to Os Gozos."

A court had been informed to reverse the mistake over Blanco's death, the statement said. The foundation did not immediately respond to a request from Reuters for comment.

UK couple holds off on Covid-19 treatment to wed

British couple Elizabeth Kerr and Simon O'Brien had been planning to marry in June. Then Covid-19 struck.
News
8 months ago

Greece kicked off Covid-19 vaccinations among the elderly on Saturday, after first inoculating tens of thousands of frontline workers to fight the ...
News
9 months ago