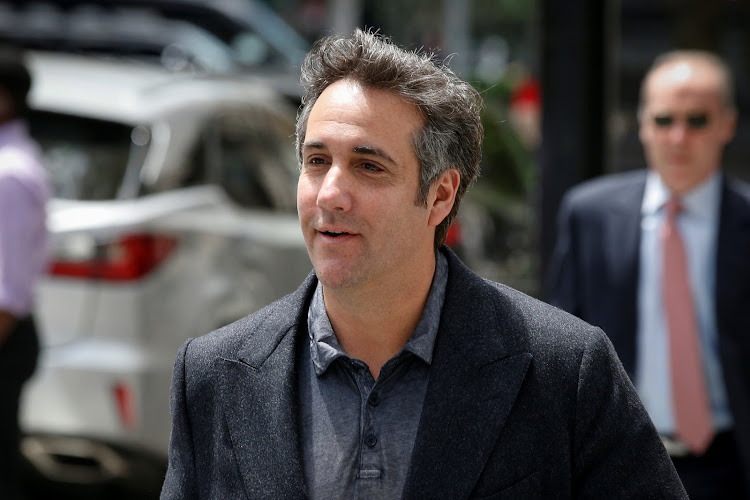 Pomerantz’s hiring is part of a flurry of recent activity in Vance’s investigation, including the issuance in recent days of roughly a dozen new subpoenas, according to the sources. One of those went to Ladder Capital Finance LLC, a major creditor used by Trump and his company, the Trump Organization, to finance the former president’s commercial real estate holdings, the sources said.

Vance’s office has also conducted interviews with Ladder’s staff, one source familiar with the matter said. Ladder did not reply to requests for comment.

The district attorney's office has said little publicly about the probe, but noted in court filings that it was focused on “possibly extensive and protracted criminal conduct” at the Trump Organization, including alleged falsification of records, and insurance and tax fraud. It is the only known criminal inquiry into Trump’s business practices.

Ladder issued the loans on several of Trump’s big commercial holdings, including a $160 million mortgage on the Trump Building, a skyscraper in Manhattan’s financial district.

It was unclear what was covered in Cohen’s interview on Thursday with Pomerantz — his fifth with Vance’s office. But it signals intense interest in Cohen’s intimate knowledge of the financial affairs of the Trump Organization.

In court filings, the Trump Organization has denied that the company inflated assets. Trump, a Republican, has described the New York investigations as politically motivated. Vance and James are both Democrats.

President Donald Trump on Thursday asked the conservative-majority US Supreme Court on Thursday to reverse a lower court ruling that directed his ...
News
2 years ago

US President Donald Trump on Thursday said he never told his private lawyer Michael Cohen to break the law and denied any ties to his crimes, a day ...
News
3 years ago

To look for anomalies among property deals, Vance’s office has retained forensic accounting specialists from Washington-based FTI Consulting Inc, a person familiar with the investigation said. An FTI spokesperson declined to comment.

Cohen, who describes himself as Trump’s longtime, do-anything fixer, is in home confinement serving a three-year sentence on charges related to payoffs he made during the 2016 presidential race to buy the silence of two women who alleged they had affairs with Trump.

Vance opened the investigation in 2018 to examine the alleged hush-money payments. The probe has since expanded to include Trump's conduct as a private business owner and whether the Trump Organization engaged in criminal tax evasion among other charges.

Pomerantz, 69, was chief of the criminal division in the US Attorney's Office for the Southern District of New York from 1997 to 1999 and oversaw a successful racketeering case against former Gambino crime family boss John “Junior” Gotti.

As a private attorney, Pomerantz has regularly represented major companies and officials in state and federal prosecutions, including cases brought by the US Department of Justice. He has handled matters involving charges of corporate misconduct, financial fraud, tax crimes and violations of the Racketeer Influenced and Corrupt Organizations Act (RICO), a federal law used to prosecute organised crime and ongoing criminal activities.

Pomerantz, who has taken a leave of absence from his law firm, did not immediately respond to a request for comment on his involvement in the district attorney’s investigation.

Cohen, a potential high-profile witness for Vance, pleaded guilty in 2018 to charges in the hush-money case, as well as allegations of lying to Congress about negotiations concerning a proposed Trump Tower in Moscow, a project that never materialised.

Trump and Republicans in Congress have sought to undermine Cohen’s credibility by underscoring how he lied under oath. At his sentencing hearing, Cohen said he took “full responsibility” for his actions, but said the payments were made “in co-ordination” and “at the direction” of Trump in an effort to influence the election’s outcome.

He also said Trump implicitly directed him to lie about the Moscow project.

Trump accused Cohen of lying to reduce his prison time.

“I think Cohen may be more valuable than people are giving him credit for,” said Daniel Alonso, Vance's top deputy from 2010 to 2014 and now in private practice.

“He obviously has committed perjury. He has credibility issues. But the perjury he committed was allegedly at the behest of Donald Trump, at least tacitly. I don't think that calling Cohen a perjurer ends the story, because that opens the door to the explanation of why he perjured himself.”