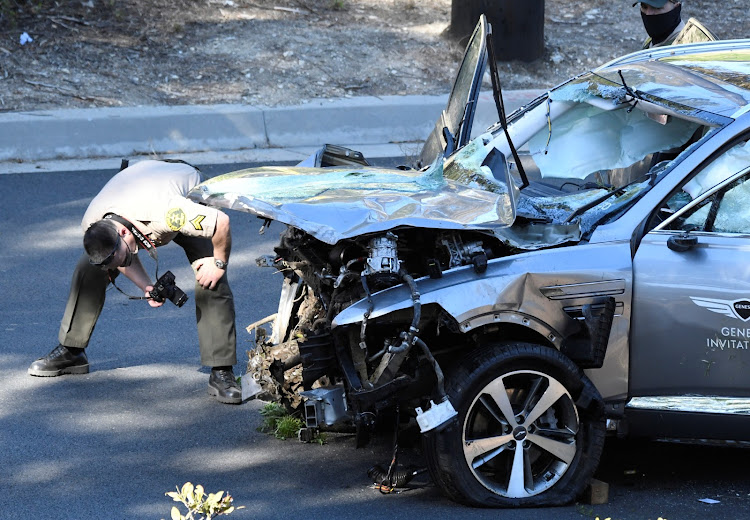 Los Angeles County Sheriff's Deputies inspect the vehicle of golfer Tiger Woods, who was rushed to hospital after suffering multiple injuries, after it was involved in a single-vehicle accident in Los Angeles, California on February 23, 2021.
Image: REUTERS/Gene Blevins

Golfer Tiger Woods was in hospital on Tuesday after being involved in a single-vehicle accident in Los Angeles, police said.

Woods was extricated from the wreck with the “jaws of life” by firefighters and paramedics, then transported to a local hospital by ambulance, the Los Angeles County Sheriff's Department said in a statement.

"Woods was in a single-car accident this morning in California where he suffered multiple leg injuries. He is currently in surgery and we thank you for your privacy and support," said Mark Steinberg, his agent.

Police responded to a roll-over traffic collision at about 7.12am local time and said a traffic investigation was being conducted.

The 45-year-old American had hosted the annual Genesis Invitational at the Riviera Country Club over at the weekend but did not compete because of ongoing issues with his surgically repaired back.

With the Masters just six-plus weeks away, Tiger Woods said on Sunday that he isn't certain he will be ready to play in the event, the year's first ...
Sport
1 year ago

How he changed his stripes: the tale of the undoing of Tiger Woods