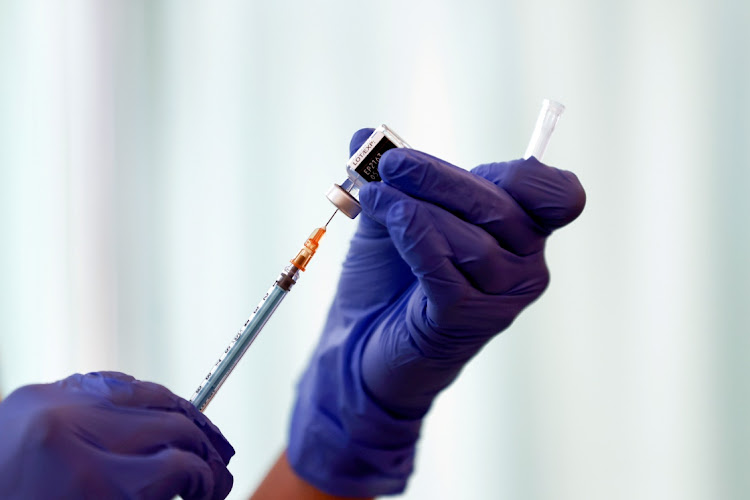 A medical worker fills a syringe with a dose of the Pfizer-BioNTech coronavirus disease (Covid-19) vaccine as Japan launches its inoculation campaign, at Tokyo Medical Center in Tokyo, Japan February 17, 2021.
Image: Behrouz Mehri/Pool via REUTERS/File Photo

A surge in cases prompted Japan to announce a state of emergency last month for 11 prefectures, requesting residents to curtail activities and businesses to shorten operating hours.

The state of emergency would likely be lifted in stages though businesses would be asked to continue closing early, Chief Cabinet Secretary Katsunobu Kato said on Wednesday.

Japan recorded 1,083 new Covid-19 cases on Tuesday, national broadcaster NHK reported, compared with a peak of almost 8,000 on Jan. 8. New infections in Tokyo have fallen to levels not seen since November.

Three western prefectures along with three more in the central and southern parts of Japan have requested the state of emergency be lifted as early as this week, Economy Minister Yasutoshi Nishimura said late on Tuesday.

Tokyo and neighbouring prefectures will remain under the state of emergency, Nishimura said.

A projection for the SA Olympic squad has nearly three-and-a-half athletes for each manager and coach in Tokyo, but when it comes to seeking medical ...
Sport
8 months ago

Businesses shut in Myanmar on Monday in a general strike called to oppose the military coup and thousands of protesters gathered despite a threat ...
News
8 months ago

Japan confirmed a new variant of Covid-19, and an infection cluster emerged at a Tokyo immigration facility, presenting new challenges as the country ...
News
8 months ago