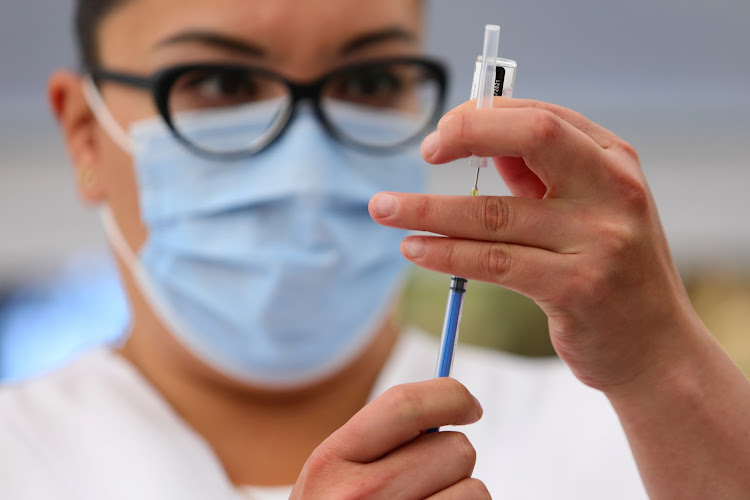 Covax is the programme backed by the World Health Organisation to provide vaccines for poor and middle income countries.
Image: Reuters/Edgard Garrido

The Covax vaccine sharing programme said on Tuesday it will deliver 237 million doses of AstraZeneca’s Covid-19 shot to 142 countries by the end of May as it steps up the global rollout of its vaccine supplies.

The timeline for the delivery of doses, made by AstraZeneca and by India’s Serum Institute, will be split into separate two-month schedules, Covax said, with the first in February and March and the second in April and May.

“These timelines are dependent on factors including national regulatory requirements, availability of supply and fulfilment of other criteria such as validated national deployment and vaccination plans,” Covax said.

Covax is the programme backed by the World Health Organisation (WHO) to provide vaccines for poor and middle income countries. It began its rollout last week with the first deliveries of shots to Ghana and Ivory Coast.

Hailing the campaign as an “unprecedented partnership”, WHO director-general Tedros Adhanom Ghebreyesus said Angola, Cambodia, Democratic Republic of the Congo and Nigeria could expect deliveries of Covax-supplied vaccines on Tuesday.

“This is an unprecedented partnership that will not only change the course of the pandemic but also change the way the world responds to future health emergencies,” he told a joint media briefing with the UN Children’s Fund, the GAVI vaccines alliance — which co-leads Covax — and others.

Ghanaian president Nana Akufo-Addo told the same briefing that his west African country, which this week began its inoculation campaign with Covax doses, aimed to vaccinate 20 million people by the end of 2021.

Covax said in addition to the first round of allocations of the AstraZeneca vaccine, 1.2 million doses of the Pfizer-BioNTech shot were anticipated for delivery in the first quarter of 2021.

Nigeria received its first Covid-19 vaccines on Tuesday to kick off an inoculation programme in Africa's most populous nation, delivered under the ...
News
1 year ago

People began to queue early as the Ivory Coast prepared to become the first country to launch a Covid-19 inoculation drive on Monday with doses from ...
News
1 year ago

The country received 600,000 AstraZeneca/Oxford doses on Wednesday
World
1 year ago