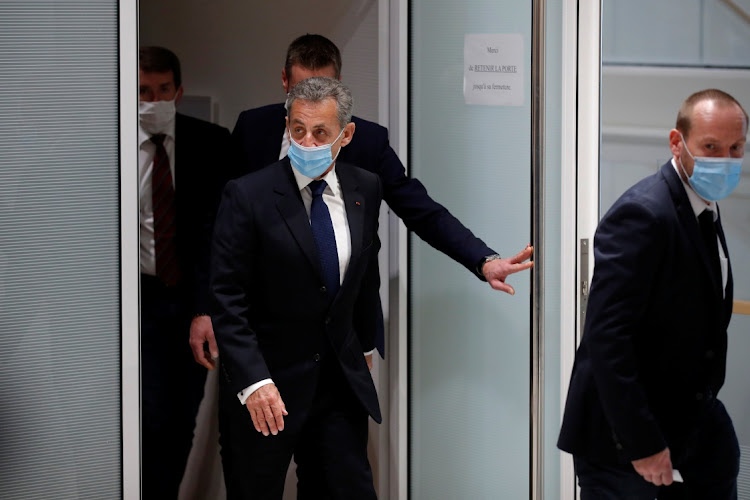 Former French President Nicolas Sarkozy, wearing a protective face mask, leaves after the verdict in his trial on charges of corruption and influence peddling at a Paris courthouse on March 1 2021.
Image: REUTERS/Gonzalo Fuentes

Former French president Nicolas Sarkozy said on Tuesday he was ready to go all the way to the European Court of Human Rights to prove his innocence, his first public reaction after being found guilty of corruption by judges on Monday.

“I appealed the decision, maybe I will have to pursue this fight all the way to the European Court of Human Rights,” Sarkozy told Le Figaro newspaper in an interview.

“That would be painful for me to have to get my own country condemned, but I'm ready for it because that would be the price of democracy,” he said, adding he would not run for president in 2022 but will endorse a candidate in due time.

France's Sarkozy convicted of corruption but likely to avoid jail

Former French President Nicolas Sarkozy was found guilty of corruption on Monday and sentenced to three years in prison, a stunning fall from grace ...
News
10 months ago

Former French President Nicolas Sarkozy has lost an appeal against an earlier decision to send him to trial over charges of illegal campaign ...
News
3 years ago