US imposes sanctions on Russia over poisoning of opposition leader Navalny 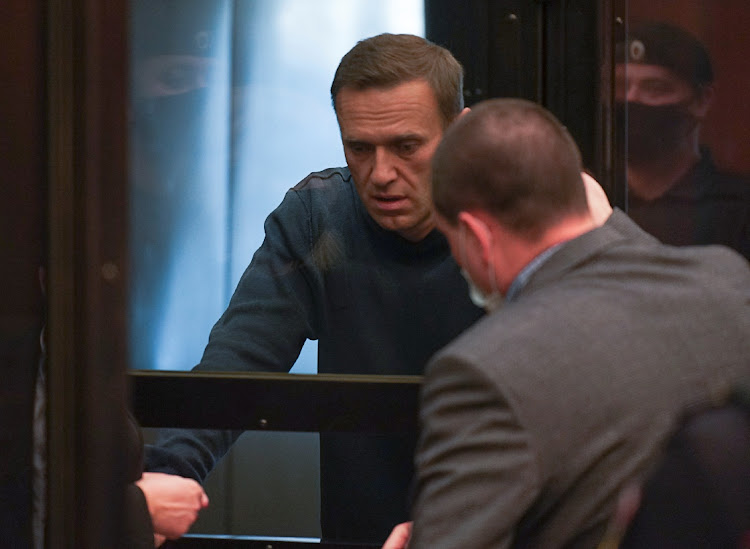 Russian opposition leader Alexei Navalny, accused of flouting the terms of a suspended sentence for embezzlement, speaks with lawyers before a court hearing in Moscow, Russia, on February 2 2021.
Image: Press service of Moscow City Court/Handout via REUTERS

The US on Tuesday announced sanctions on senior Russian government officials and Russian entities in response to what US officials said was Moscow's attempt to kill opposition leader Alexei Navalny with a nerve agent.

Navalny fell ill on a flight in Siberia in August and was airlifted to Germany, where doctors concluded he had been poisoned with a nerve agent. The Kremlin has denied any role in his illness and said it had seen no proof he was poisoned.

The officials said Navalny was targeted for his activism in trying to raise questions about what they called Russian corruption.

“Russia’s attempt to kill Mr. Navalny follows an alarming pattern of chemical weapons use by Russia,” a senior Biden administration official told reporters on a call.

The officials said seven senior Russian government officials would face sanctions, such as asset freezes. In addition 14 entities associated with Russia's biological and chemical agent production, including 13 commercial parties and a government research institute, were levied punitive measures. The US moves were being taken in co-ordination with the EU. The officials reiterated Biden's call for Russia to release Navalny from prison.

US president Joe Biden has taken a tougher approach to Putin than Trump.

“The United States is neither seeking to reset our relations with Russia, nor are we seeking to escalate,” one official said.

“We believe that the United States and our partners must be clear and impose costs when Russia’s behaviour crosses boundaries that are respected by responsible nations, and we believe there should be guard rails on how these adversarial aspects of our relationship play out,” the official said.

Russian foreign minister Sergei Lavrov said on Tuesday before the US announcement that Moscow would respond in kind to any new US sanctions over Navalny, the Interfax news agency reported.

After his medical treatment in Germany, Navalny, 44, returned to Russia in January. He was arrested and later sentenced to more than 2-and-a-half years in jail for parole violations he said were trumped up.

Further sanctions are upcoming, as the US assesses the Russian role in the massive SolarWinds cyber hack and allegations that Russia sought to interfere in the 2020 US election and offered bounties to Taliban fighters to kill American soldiers in Afghanistan, the officials said.

German federal prosecutors have charged a German citizen with espionage, saying he passed floor plans of the Bundestag parliament building to Russian ...
News
9 months ago

Cops have been much more forceful, and in some cases more violent, than at most other political protests in recent years
World
9 months ago