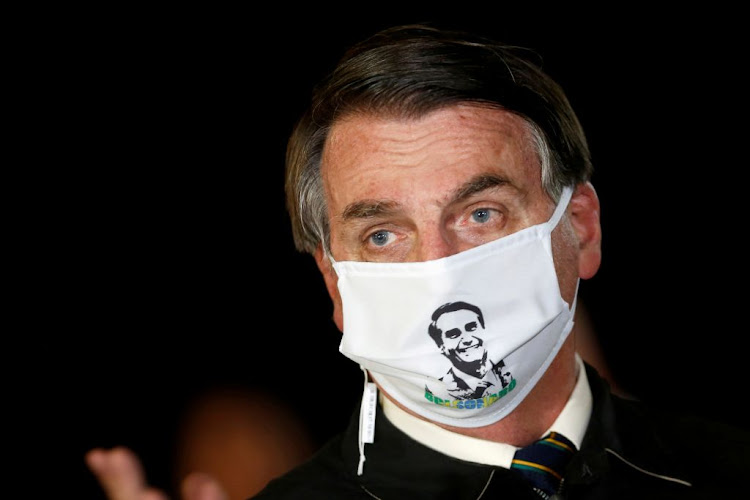 Bolsonaro met on Sunday with Ludhmila Hajjar, a doctor who has been at the forefront of treatment and research into fighting Covid-19.
Image: Adriano Machado/Reuters

Brazilian President Jair Bolsonaro is weighing candidates to replace Health Minister Eduardo Pazuello, according to people familiar with the matter, preparing to install the fourth person in a year in the role as Covid-19 cases rage out of control.

Following the most deadly week in Brazil since the pandemic began a year ago, Pazuello's job appears to be on the line, even though the government denied in a statement that he has turned in his resignation.

More than 279,000 people in Brazil have died in the worsening pandemic.

Bolsonaro met on Sunday with Ludhmila Hajjar, a doctor who has been at the forefront of treatment and research into fighting Covid-19.

The country's leading newspapers, however, are reporting that she and the president did not agree on how to confront the pandemic and she is expected to turn down the offer.

The Poder360 news portal said there could be a second meeting on Monday with Hajjar, who has publicly criticised the government's Covid-19 strategy and contradicted Bolsonaro's insistence on the use of chloroquine to treat patients.

"The Health Ministry informs that Minister Eduardo Pazuello continues heading the portfolio, dedicated to the measures against the pandemic," the government said late on Sunday, in response to a report by O Globo that he had resigned.

The statement also denied he had any health issues.

Pazuello, an active duty Army general, has been criticized for lacking medical knowledge and toeing Bolsonaro's line on chloroquine as well as opposing lockdowns to curb the spread of the virus.

The Philippines on Saturday reported a spike in coronavirus infections and its first case of the highly contagious variant first identified in ...
News
7 months ago