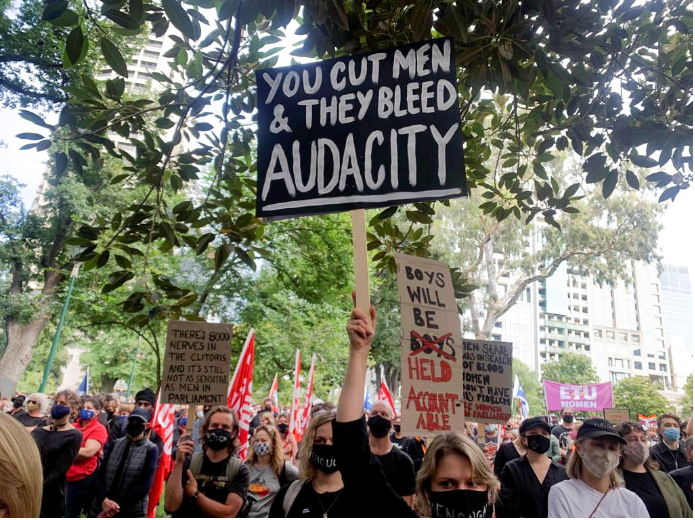 Protesters rally in response to the treatment of women in politics after several sexual assault allegations, as part of the Women's March 4 Justice rally in Melbourne, Australia, on March 15 2021.
Image: REUTERS/Melanie Burton

The BBC reported that Fuller argued that the app would help in ensuring that “positive consent” is maintained between parties who wish to engage in a sexual act.

Australia has been grappling with sexual abuse incidents which saw thousands of locals taking to the streets on Monday to voice their anger.

Australians rejected the sex app proposal, saying it would result in more abuse and posed a threat to privacy, as it could be used for state surveillance.

Some lawmakers also criticised the app suggestion, saying it is not enough to put an end to abuse. They said the government should rather focus its efforts on strengthening sexual assault laws and creating more awareness on the scourge.

Australian Attorney-General Christian Porter, the country's chief law officer, identified himself on Wednesday as the subject of a historical rape ...
News
2 months ago

Around the world, police and prosecutors, victim support teams and women's movements have reported rising domestic violence during ...
News
2 months ago

London's police force must explain its actions against people gathered at a vigil to mark the killing of a 33-year-old woman, home office minister ...
News
1 month ago
Next Article