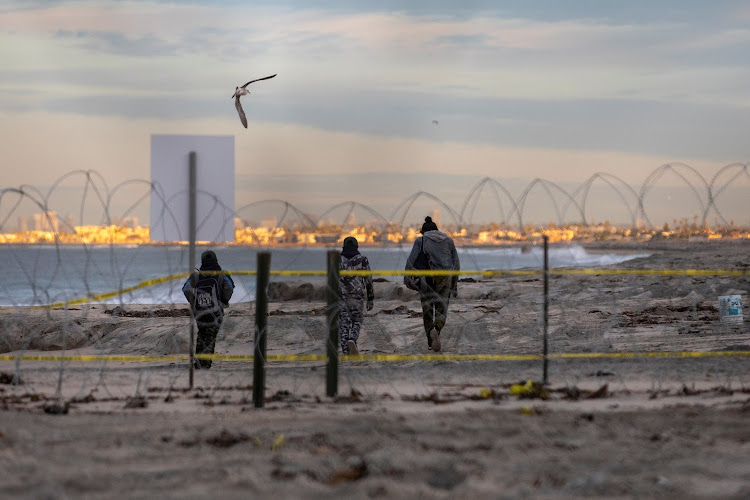 In recent months, Mexico had announced extensions to travel restrictions on its US border without mentioning the frontier with Guatemala, where new daily Covid-19 cases are now substantially lower than they were in January.
Image: REUTERS/Alkis Konstantinidis

Mexico's government said on Thursday it would restrict movement on its southern border with Guatemala to help contain the spread of Covid-19 as the Biden administration set out plans to loan Mexico vaccines to fight the pandemic.

Mexico's announcement that it would curb travel on the Guatemala frontier dovetails with its preparations to step up enforcement efforts in the area against surging illegal immigration, according to a Reuters report.

The mutually beneficial steps follow weeks of diplomacy to address concerns over rising apprehensions of migrants trying to enter the United States, many of them unaccompanied minors, as well as setbacks to Mexico's initial vaccine rollout.

US President Joe Biden, a Democrat, has drawn heavy fire from Republican opponents over the mounting challenge posed by the border. Meanwhile, his Mexican counterpart has pressed him for vaccines to offset shortages as midterm elections approach.

Andres Rozental, a former Mexican deputy foreign minister for North America, said it looked as though a trade-off was occurring, even if it was unlikely that any senior figures in either administration would admit that publicly.

When asked if the two countries had done a quid pro quo, White House spokeswoman Jen Psaki said border security and Mexico's vaccine requests were part of "multiple layers" of dialogue between governments that were "unrelated" in origin.

Roberto Velasco, a senior Mexican foreign ministry official, told local radio the two announcements were not linked, and belonged to parallel discussions between the governments.

Confirming details reported by Reuters, Mexican Foreign Minister Marcelo Ebrard said Mexico and the United States were crafting a deal for 2.5 million doses of AstraZeneca's Covid-19 vaccine, and that he would reveal more on Friday.

"This would be the best start for a broad cooperation on vaccines," Ebrard wrote on Twitter.

A US official told Reuters that under the loan deal, Mexico would receive doses of the AstraZeneca vaccine that the United States is not using. Canada is also set to receive 1.5 million doses under the accord.

With promised deliveries slow to materialise, President Andres Manuel Lopez Obrador has cast about worldwide for vaccines, eager to inoculate as many Mexicans as possible before legislative elections on June 6.

More than 3,600 migrant children were being held in US border facilities as of Thursday morning, a US official told Reuters, more than four times the ...
News
1 month ago

Mexico's foreign ministry said that to contain Covid-19, restrictions for non-essential crossings on its borders with the United States and Guatemala would take effect starting on Friday, and remain in place until midnight of April 21.

In recent months, Mexico had announced extensions to travel restrictions on its US border without mentioning the frontier with Guatemala, where new daily Covid-19 cases are now substantially lower than they were in January.

Mexico's own infections have fallen sharply in the last few weeks, and the two southern states covering most of the border with Guatemala are at the lowest alert level.

Guatemala is one of three Central American countries struggling with poverty and violence that have helped drive migration to the United States.

Notwithstanding US concerns, Mexico's government has itself been worried about the sudden influx of migrants.

Former official Rozental said that even if Mexico stemmed the flow from Central America, it faced a tougher time stopping its own citizens heading for the United States, with the Mexican economy still weak and expectations for a US recovery growing.

Biden's friendlier approach to immigration compared with that of his Republican predecessor, Donald Trump, and his $1.9 trillion economic stimulus plan would only serve as a "pull factor," Rozental argued.

"The word is out," he said, "that it's easier to get to the United States than it was."

The United States is facing the biggest surge of migrants at its southwestern border in 20 years, the homeland security secretary said on Tuesday as ...
News
1 month ago

In recent months, Mexico had announced extensions to travel restrictions on its US border without mentioning the frontier with Guatemala, where new daily Covid-19 cases are now substantially lower than they were in January.
Image: REUTERS/Alkis Konstantinidis
Next Article