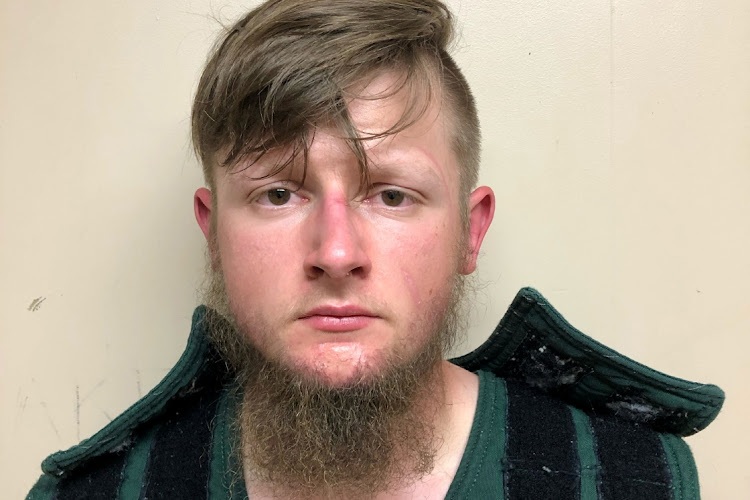 Robert Aaron Long, 21, of Woodstock in Cherokee County poses in a jail booking photograph after he was taken into custody by the Crisp County Sheriff's Office in Cordele, Georgia, US. March 16, 2021.
Image: CRISP COUNTY SHERIFF'S OFFICE via Reuters

The Baptist church where the suspect in this week's Atlanta-area spa killings was a member issued a statement on Friday decrying the attack as a wicked betrayal of faith and describing the eight victims, who included six women of Asian descent, as blameless.

Robert Aaron Long, 21, has been charged with eight counts of homicide in Tuesday's fatal shooting of four people at two day spas in Atlanta and four others at another spa in Cherokee County, about 40 miles (64km) north of the state capital.

In a statement, the Crabapple First Baptist Church in Milton, Georgia, said Long's “extreme and wicked act is nothing less than rebellion against our Holy God and His Word.”

Investigators said Long had admitted carrying out the attacks, saying he was driven by internal conflict over what he described as a sex addiction, not racial animus towards Asians.

But the rampage has stirred fear among Asian Americans, who see the crimes as a part of a national surge in racially motivated attacks that has accelerated with the Covid-19 pandemic.

A former roommate of the Georgia man charged with eight murders in attacks at Atlanta-area day spas said the shooter told him of an addiction that ...
News
1 year ago

Biden deplored a surge in anti-Asian violence in the US and asked all Americans to stand together against hate.

“Aaron's actions are antithetical to everything that we believe and teach as a church. In the strongest possible terms, we condemn the actions of Aaron Long as well as his stated reasons for carrying out this wicked plan,” said the church, where Long and his father were members. “No blame can be placed upon the victims.”

A former roommate of Long's at a rehabilitation centre said the suspect would feel shame and remorse after frequenting massage parlours for sex, then “return to God.”

Fulton County officials on Thursday identified the four Atlanta victims as Soon C. Park, 74, Hyun J. Grant, 51, Suncha Kim, 69, and Yong A. Yue, 63. All were of Korean descent, according to South Korea's consulate in Atlanta.

South Korea's foreign ministry said in a statement on Saturday that the Korean government strongly supports the US government's efforts to confront hatred and violence.

Georgia authorities charged a man with the fatal shootings of eight people, including six Asian women, at Atlanta-area spas, and the violence ...
News
1 year ago

President Joe Biden deplored a surge in anti-Asian violence in the US after a deadly shooting rampage in Georgia, and asked all Americans to stand ...
News
1 year ago

The Georgia killings have prompted police departments to step up patrols and visibility in Asian-American communities around the country. Hate crimes against Asian Americans in 16 major cities rose 149% in 2020 over 2019, according to the Center for the Study of Hate and Extremism.

Authorities stressed they have not ruled out charging Long with hate crimes even though Long says racial bias was not his motivation.

A former Cherokee County Sheriff's department spokesperson who came under criticism for saying Long had “a really bad day” and who had previously promoted T-shirts blaming Asians for the pandemic has been reassigned, the New York Times reported.

Captain Jay Baker, who is named as director of communications on the sheriff's website, was replaced as by Erika Neldner, whose e-mail signature identifies her as communications director.

Police in the US state of Georgia confirmed that at least six Asian-American women were among eight people killed in three different spas in Atlanta.
News
1 year ago