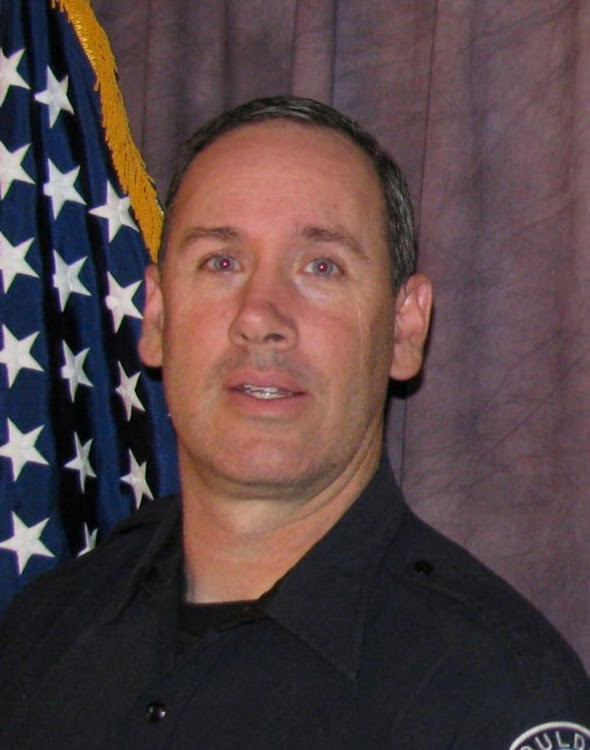 Police officer Eric Talley, who was among several people who perished in Monday's mass shooting at King Soopers grocery in Boulder, Colorado, is seen in this handout photo obtained by Reuters on March 22, 2021.
Image: Boulder Police Department/Handout via REUTERS

A US police officer killed in a mass shooting at a Colorado supermarket on Monday had seven children and had been looking for a new job to protect his family, his father said.

The shooting in Boulder, Colorado, left nine other people dead while a suspect injured in the violence was arrested, authorities told a news conference late on Monday. Officer Eric Talley was the first on the scene, Boulder Police Chief Maris Herold said, lauding his intervention as “heroic.”

Talley, 51, had joined the police just over a decade ago and had been looking to eventually find a new line of work, his father Homer said in a statement issued to local media.

“He was looking for a job to keep himself off of the front lines and was learning to be a drone operator. He didn't want to put his family through something like this,” Homer Talley said.

“He had seven children. The youngest is seven-years-old. He loved his children and his family more than anything.”

Amid an outpouring of grief, a man named Jeremy Herko who said he'd met Talley at “the academy,” described him as one of his best friends.

“He was a devout Christian, he had to buy a 15-passenger van to haul all his children around, and he was the nicest guy in the world,” Herko wrote in a Facebook post.

The Boulder Police Department tweeted a photo of Talley in uniform. “Rest In peace Officer Eric Talley. Your service will never be forgotten,” the department said.

Talley was featured in a 2013 article as one of three police officers who helped save ducks stuck in a drainage ditch.

He waded into calf-deep water to rescue the ducks from the pipes, according to the article in the Boulder Daily Camera newspaper.

Talley is the sixth on-duty death in the Boulder Police Department's history and the first officer killed in the line of duty since 1994, the Boulder Daily Camera reported.

“He was, by all accounts, one of the outstanding officers at the Boulder Police Department and his life was cut far too short,” said Michael Dougherty, the Boulder County district attorney.

The bloodshed in Boulder marked the second deadly US mass shooting in a week, after gun violence last week that left eight people dead in the wider Atlanta area. A 21-year-old man has been charged with those killings.

A gunman opened fire at a supermarket in Boulder, Colorado, on Monday, killing 10 people, including a police officer, before being arrested, marking ...
News
1 year ago