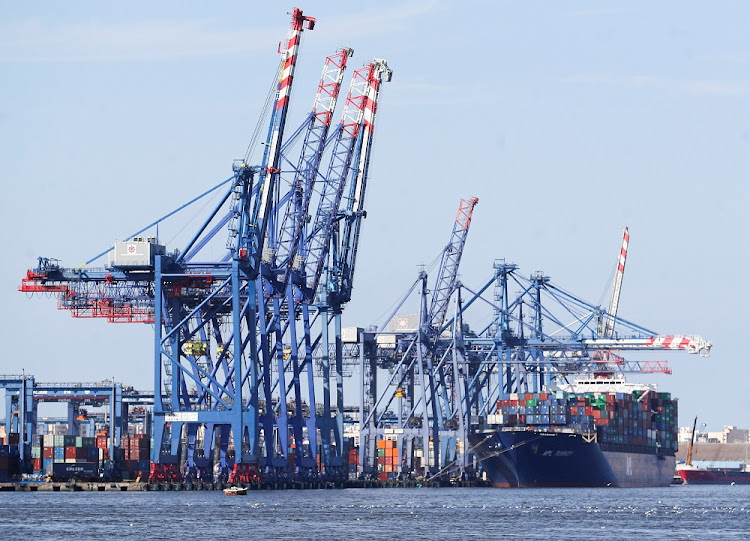 A large container ship that ran aground in the Suez Canal on Tuesday, possibly hit by a sudden strong wind, is blocking marine traffic in one of the world's most important waterways and is likely to cause delays in oil and gas shipments.

Shiptracking data on Refinitiv Eikon showed seven tug boats coming to the aid of the Rotterdam-bound vessel named Ever Given, which appeared in tracking maps to still be grounded. It was not immediately clear how soon the vessel would be free.

Bernhard Schulte Shipmanagement (BSM), technical manager for Ever Given, said the incident occurred at about 05:40 GMT on Tuesday.

BSM, which handles the ship's crew and technical issues, said all the crew are safe and accounted for and that there have been no reports of injuries or pollution.

BSM has notified the authorities and “interested parties” but said it could not confirm who is the owner of the ship.

“All parties are now investigating the cause of the grounding and it would be incorrect to speculate on any one given cause at this time,” BSM said in an e-mail to Reuters.

Taiwan's Evergreen Marine Corp, which is leasing the vessel under a time charter, said the shipowner has informed it that the ship “was suspected of being hit by a sudden strong wind, causing the hull to deviate from waterway and accidentally hit the bottom and run aground”.

Port agent GAC said on Wednesday on its website that 15 other ships in the northbound convoy behind the Ever Given were detained at anchorages waiting for the canal to be cleared. A southbound convoy was also blocked.

The Suez Canal Authority (SCA) could not be immediately reached for comment.

Nearly 19,000 ships, or an average of 51.5 ships per day, with a net tonnage of 1.17 billion tonnes passed through the canal during 2020, according to the SCA. That represents about 12% of world trade volumes and is a major source of hard currency for Egypt.

Tankers have started to pile up near the Suez Canal as they wait for the container ship to be moved.

The Asia-Europe container trade flows are picking up again after the Lunar New Year so an extended blockage will have severe consequences as the alternative route via the Cape route will be a week slower, said Tan Hua Joo, a consultant with Liner Research.

This will worsen the shortage of container ships and boxes as 30% of global container ship capacity passes through the Suez, according to data from Liner Research Services.

The affect on oil and gas flows will depend on how long it takes to clear the container ship, the sources said.

“If it extends to, say, weeks it will of course disrupt all shipping in a major way,” said Ashok Sharma, MD of Singapore-based shipbroker BRS Baxi.

“But I think there should be sufficient resources available and pretty much in close proximity to deal with the situation quickly, in days rather than weeks,” Sharma said.

As of Wednesday, five laden liquefied natural gas (LNG) tankers' transit via the Suez Canal are now delayed as a result of the stuck container ship, according to data intelligence firm Kpler.

Of the five, three vessels are bound for Asia and two to Europe, said Kpler analyst Rebecca Chia.

If the congestion persists until the end of this week, it will affect the transits of 15 LNG tankers, Chia said.

Confidence is high that cruises will be back in November, with several ships planning to ply the waters around SA, Namibia and Mozambique.
Lifestyle
1 year ago