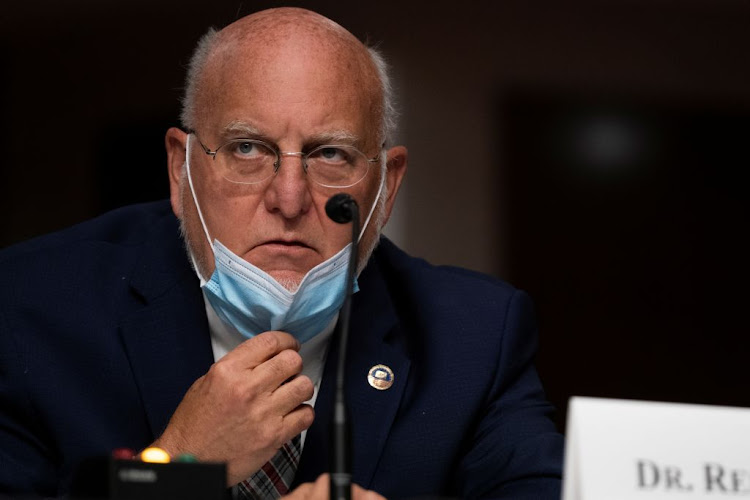 Robert Redfield, former director of the US Centers for Disease Control and Prevention, testifies during a US Senate hearing to examine Covid-19 in Washington, DC, US, on September 23 2020.
Image: Alex Edelman/Pool via REUTERS

The former director of the US Centers for Disease Control and Prevention (CDC) said he believes the coronavirus that causes Covid-19 likely escaped from a lab in Wuhan, China, embracing a theory rejected by many global epidemiologists that has contributed to tensions between China and the West.

“I still think the most likely etiology of this pathogen in Wuhan was from a laboratory, you know, escaped,” Robert Redfield, who headed the CDC in the Trump administration, said in a televised interview with CNN.

“It's not unusual for respiratory pathogens that are being worked on in a laboratory to infect a laboratory worker,” he said.

Redfield said that he thought it unlikely a disease that originated in bats — as many experts believe — so swiftly “became one of the most infectious viruses that we know in humanity for human-to-human transmission,” but added that he was not saying release of the virus was intentional.

Redfield's opinion was in line with other Trump administration officials such as former secretary of state Mike Pompeo, who said recently that there was a “significant amount of evidence” that the virus came from a lab, without providing any evidence.

US infectious disease chief Anthony Fauci, who served in the Trump administration and now serves under President Joe Biden, said most public health officials disagree with the Chinese lab theory, when asked about Redfield's comments during a White House Covid-19 briefing.

Most believe that the virus was circulating for a month or more before it was clinically recognised in China, and that in that time it could have adapted itself to more efficient transmission between humans, said Fauci, director of the National Institute of Allergy and Infectious Disease.

A World Health Organisation report on its investigation into the origins of the coronavirus is expected soon. The head of the WHO-led team in February said bats remain a likely source and effectively ruled out a lab leak.

Despite a high-profile visit to China by a team of international experts in January, the world is no closer to knowing the origins of Covid-19, ...
News
10 months ago

The number of deaths in China - excluding the coronavirus epicentre of Wuhan - fell slightly during the first three months of 2020, suggesting ...
News
10 months ago

A team of investigators led by the World Health Organisation visited a virus research laboratory in China's central city of Wuhan and met with a ...
News
11 months ago