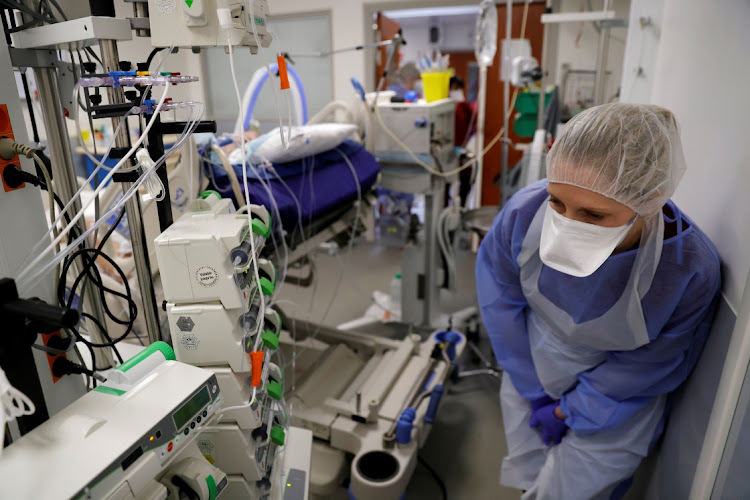 France reported on Saturday that 5,273 people were in intensive care units (ICU) for Covid-19, a rise of 19 from the previous day, as the country entered its third national lockdown to help combat the pandemic.

The government had been trying to keep the lid on new Covid cases with curfews and regional measures but from Saturday, and for the next four weeks, schools and non-essential businesses across the country will remain shut.

The rise in ICU patients on Saturday followed a much bigger jump the day before — the highest in five months, at 145. President Emmanuel Macron has pledged more hospital beds to care for critically ill Covid-19 patients.

Macron had hoped to steer France out of the pandemic without having to impose a third national lockdown that would further batter an economy still reeling from last year's slump.

But new strains of the virus have swept across France and much of Europe, amid a slower rollout of anti-Covid vaccines in the European Union than in some countries including Britain and the US.

Health authorities did not publish new case numbers on Saturday, citing a problem with the flow of data from some test results.

According to an Ifop poll of 1,021 people carried out online on April 1 and published on Sunday in Le Journal du Dimanche (JDD) newspaper, a majority of French people expressed misgivings over the government's handling of the pandemic.

Fifty-eight percent of people said they did not trust the vaccination campaign would be carried out according to plan.

However, a majority of people, 51%, said they did plan to get a Covid-19 vaccine, with only 34% saying they would not. Another 15% said they had already been inoculated.

Macron has vowed to speed up France's vaccination campaign, and the defence ministry said late on Saturday that seven military hospitals would be mobilised from April 6 to administer doses.

SA must fight for its place in world of Covid apartheid

A graphic in The Times in London this past week painted an unhappy picture, writes Peter Bruce.
Opinion & Analysis
1 year ago

France imposed a month-long lockdown on Paris and parts of the north after a faltering vaccine rollout and spread of highly contagious coronavirus ...
News
1 year ago

The World Health Organisation appealed to countries on Monday not to pause vaccination campaigns after two more European nations and one in Asia ...
News
1 year ago