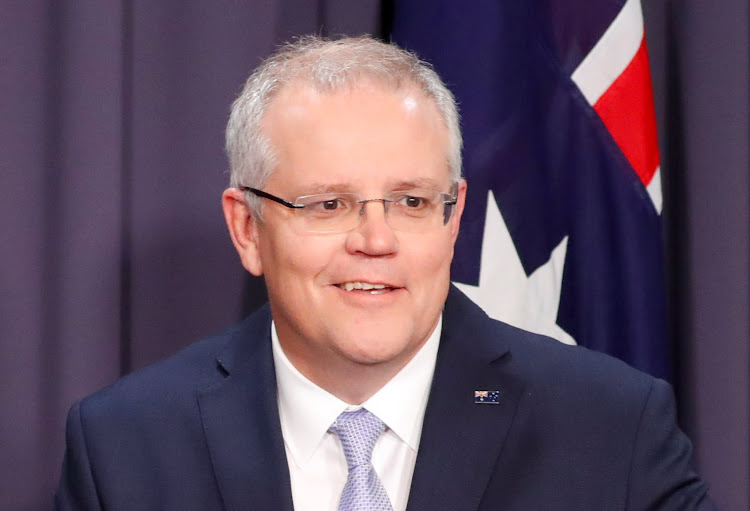 Australia said on Wednesday it will ask the European Union (EU) to release more than three million doses of AstraZeneca’s Covid-19 vaccine, testing the claim that Brussels is not blocking shipments as the country struggles to vaccinate its population.

On Tuesday the EU denied blocking vaccine shipments to Australia, which has fallen dramatically behind in its scheduled vaccination programme.

The EU said it was not responsible for AstraZeneca’s failure to uphold commitments to other countries. AstraZeneca did not immediately reply to a request for comment on Wednesday.

Morrison said if the EU was indicating its willingness to release shipments, he would again ask for the 3.1 million doses to be released. The doses were scheduled to arrive in Australia by the end of March.

Australia on Tuesday said it had not yet received more than 3 million doses of previously promised AstraZeneca Covid-19 vaccine doses amid export ...
News
1 week ago

“We obviously want those millions of doses,” Morrison said in the capital Canberra.

“Given statements made overnight, that apparently there is no obstruction to that, I would hope that could be readily addressed.”

Morrison on Wednesday insisted he was not criticising the EU, but senior members of his government continued to blame the EU for blocking vaccines.

Australia said the delay in receiving the 3.1 million additional doses is why it has fallen behind in vaccinations. Only about 670,000 people have been vaccinated against an initial government target of four million by the end of March.

The country has recorded a small number of Covid-19 cases compared to most nations and has eradicated the virus from its community, but its slow vaccine roll out is pressuring Morrison, who is struggling in the polls a year out from the next election after damaging allegations about the mistreatment of female lawmakers and staff in his Liberal party.

Australians were celebrating Easter Sunday in a relatively unrestricted manner as the country reported no new locally acquired coronavirus cases.
News
1 week ago

The dispute between Australia and the EU emphasises the challenge facing European nations which are struggling to vaccinate their own populations and the impact of new EU vaccine export controls on countries that had pre-ordered doses.

Australia received an initial shipment of 300,000 doses of the AstraZeneca vaccine in late February, which it said was the last it received.

Last month the EU, at Italy’s request, blocked a shipment of 250,000 doses of the AstraZeneca vaccine to Australia, citing vaccine shortages in Europe.

The AstraZeneca vaccine from Europe was to underpin the early stages of Australia’s vaccine drive, supplementing 50 million shots of the vaccine that will be produced locally. It has also imported doses of Pfizer’s vaccine for frontline Covid-19 workers.

Australia has recorded just over 29,000 cases and 909 deaths since the pandemic began.

EU leaders meet on Thursday to discuss a co-ordinated path out of the Covid-19 pandemic as infections surge again in many of their countries, seeking ...
News
2 weeks ago

EU's vaccine failure is because it didn't 'shoot for the stars,' Macron says

European leaders failed to see that Covid-19 vaccines would be developed as soon as they were and this was why rollouts in the EU now lagged behind ...
News
2 weeks ago
Next Article