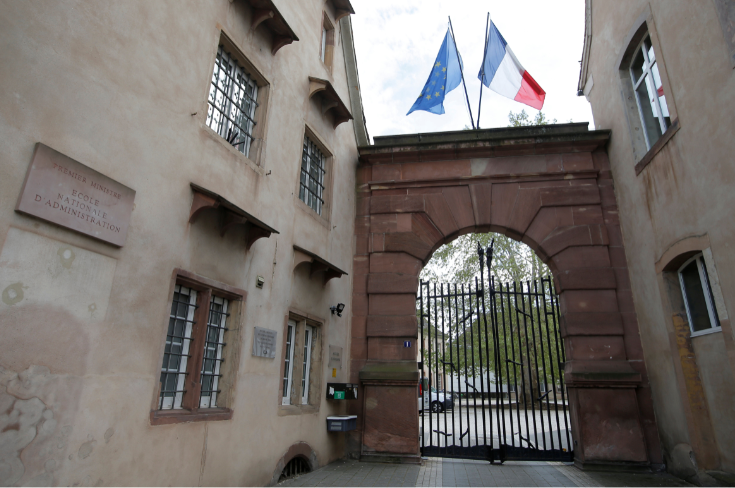 President Emmanuel Macron will announce on Thursday the closure of France's Ecole Nationale d'Administration, an elite finishing school that has produced many of the country's presidents, ambassadors and business leaders, French media reported.

The move to abolish what has for some in France become a symbol of unequal opportunity is part of Macron's drive for a fairer society. Macron himself studied there.

A new school will be established in its place with revamped rules for recruitment and access to the highest tiers of the civil service.

France's Europe 1 radio reported that Macron was expected to unveil the move to senior civil servants in a virtual meeting, two years after he first said he planned to close his own prestigious alma mater.

The postgraduate school was founded in 1945 by Charles de Gaulle to train a postwar administrative elite drawn from across all social classes.

With time, however, it earned a reputation for selecting from the upper social echelons and being disconnected from reality - an image it struggled to redress.

The growing tendency for alumni to move back and forth between the public and private sector only deepened the public perception of an out-of-touch old boy’s network.

Four modern-day presidents and eight prime ministers are Enarques, as the school’s alumni are known. So too are the chief executives of telecoms group Orange, Societe Generale bank and retail group Carrefour.

Macron has said he wants to install a more meritocratic system. Last month, he announced a special process for entry to France's elite schools for students from under-privileged backgrounds who require grants.

ENA's director Patrick Gerard has acknowledged the school's lack of diversity but said it is not solely responsible.

"The ENA cannot be accused of all ills," he told the magazine L'Express in October.

French Interior Minister Gerald Darmanin said he was launching a probe into clashes that broke out late on Monday after police cleared out a new ...
News
5 months ago
Next Article