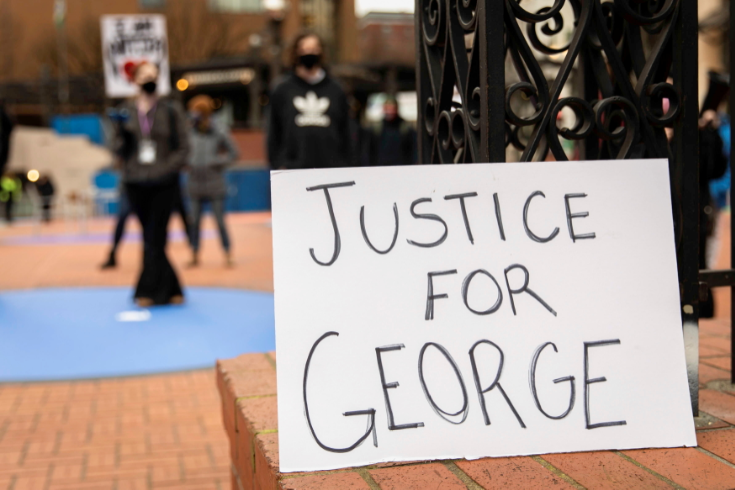 Testimony in the case has highlighted holes in the claims of drug use by George Floyd.
Image: REUTERS/Maranie Staab

Part of former police officer Derek Chauvin's defence in his murder trial relies on the alleged use of drugs by George Floyd.

Chauvin's defence team is attempting to present evidence to show that it is this drug use that caused Floyd's death and not Chauvin's excessive force.

In 2019 Floyd was arrested and while in custody told officers he had swallowed several tablets.

The defence is arguing Floyd's arrest in 2020 had similarities. In the 2020 incident, Floyd was in a police squad car briefly before his death. Fragments of pills containing methamphetamine and Floyd's DNA were found. The traces of the pills were only found in a second search of the car requested by Chauvin's legal team.

Video footage from the incident that has been widely circulated shows what appears to be Floyd shouting: “I ate too many drugs.”

However, one official, senior special agent Reyerson, said Floyd could have been saying, “I ain't do no drugs.”

The statement is a pivotal moment in the case, as it may disrupt the argument the defence team has been building up to.

Floyd was killed in May 2020 while being arrested for allegedly using a counterfeit bill in Minneapolis, Minnesota. Chauvin, a white police officer, knelt on Floyd's neck for 9 minutes and 29 seconds. Footage of Floyd saying “I can't breath” was recorded and went viral. Global protests erupted after the death of Floyd.

A national expert in the proper use of force by police testified on Wednesday that former Minneapolis officer Derek Chauvin had no need to kneel on ...
News
5 months ago

Derek Chauvin violated Minneapolis Police Department rules and its ethics code on respecting the "sanctity of life" during the deadly arrest of ...
News
5 months ago

George Floyd's girlfriend smiled through tears as she told a jury on Thursday how they first met when he offered to pray with her, less than three ...
News
5 months ago