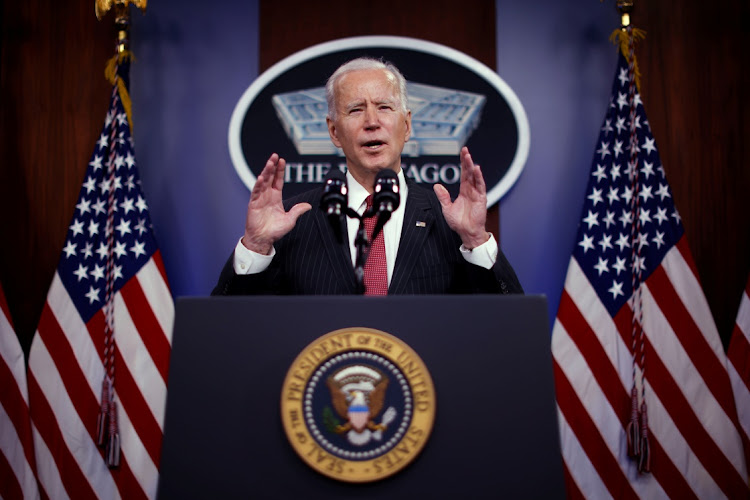 Biden's immigration actions have pleased his Democratic base but outraged many Republicans, who accuse him of encouraging illegal immigration as the number of migrants arriving at the US-Mexican border has soared in recent months.
Image: REUTERS/CARLOS BARRIA

Biden will tap Chris Magnus, the chief of police in Tucson, Arizona, to lead US Customs and Border Protection (CBP), the agency charged with border security and facilitating legal trade and travel, the official said. Biden will nominate Ur Jaddou as director of US Citizenship and Immigration Services (USCIS), which handles immigration paperwork and processing.

The Democratic president has reversed many of his Republican predecessor's immigration policies. Biden's immigration actions have pleased his Democratic base but outraged many Republicans, who accuse him of encouraging illegal immigration as the number of migrants arriving at the US-Mexican border has soared in recent months.

Magnus and Jaddou must be approved by the Senate, which is narrowly controlled by Democrats. The chamber is divided 50-50 between Democrats and Republicans, with Vice President Kamala Harris as the tie-breaking vote.

Magnus served in the Lansing, Michigan Police Department, and was police chief in the cities of Fargo, North Dakota, and Richmond, California, before landing in Tucson, Arizona, the White House official said.

"In each of these cities Chief Magnus developed a reputation as a progressive police leader who focused on relationship-building between the police and community, implementing evidence-based best practices, promoting reform, and insisting on police accountability," the official said in a statement.

Magnus offered to resign as Tucson police chief last year over the death of a man in custody who said he could not breathe after he was handcuffed and restrained face down. The Tucson city manager rejected his resignation offer.

During the Trump administration, Jaddou worked for the Washington-based immigrant advocacy group America's Voice as director of DHS Watch, a project that sought to uphold transparency and accountability at the Department of Homeland Security and frequently criticized Trump's policies.

Mexican President Andres Manuel Lopez Obrador and US Vice President Kamala Harris spoke by telephone on Wednesday to discuss how to address the ...
News
1 month ago

Some migrant families arriving in the United States will be housed in hotels under a new program managed by nonprofit organizations, according to two ...
News
1 month ago

The United States is facing the biggest surge of migrants at its southwestern border in 20 years, the homeland security secretary said on Tuesday as ...
News
1 month ago
Next Article