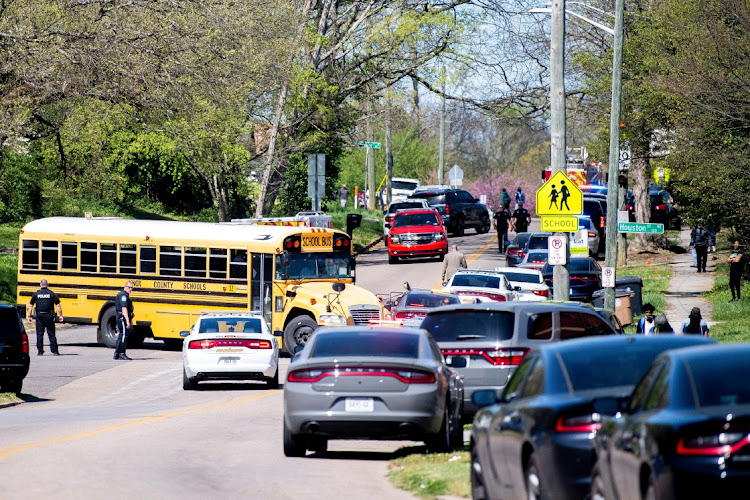 Police shot and killed a Knoxville, Tennessee, high school student on Monday after they said he opened fire on them in a campus bathroom, wounding an officer.

The gunfire, which erupted at about 3:15pm at Austin-East Magnet High School on the east side of Knoxville, marked the latest in a rash of shootings in the US since mid-March.

The wounded police officer was struck by a round in the upper leg and was in serious condition following surgery at the University of Tennessee Medical Center, Knoxville police officials said. He was expected to survive.

“He is conscious and in good spirits. ... He's going to be OK. I thanked him for putting his life on the line to protect students and staff at the school. He said he'd rather be hurt than anybody else,” Mayor Indya Kincannon told CBS News.

Knoxville police said they responded to Austin-East after getting reports of a gunman at the school and found the suspect in a bathroom.

“As officers entered the space, the suspect reportedly fired shots, striking an officer. The suspect was pronounced dead at the scene and has since been identified as a student at Austin-East,” David Rausch, director of the Tennessee Bureau of Investigation, told an evening news conference.

Austin-East was locked down after the gunfire and parents who rushed to the scene were directed to pick up their children at a rear entrance. Police later established a reunification site for students and their parents at a baseball field.

A mother who had been separated from her daughter was waiting near the school and told reporters she was greatly relieved to receive a text message from the girl that she was safe.

Agents from the US Bureau of Alcohol, Tobacco, Firearms and Explosives were assisting in the investigation, the bureau's Nashville office said on Twitter.

The Austin-East community has been shaken by gun violence this year. Four other students at the school were killed in recent months in shootings in the city, according to media reports.

In shootings across the US since mid-March, a man opened fire last week at a Texas cabinet-making plant where he worked, killing one person and wounding six before he was arrested, authorities said.

Eight people were slain at Atlanta-area spas, 10 people at a supermarket in Boulder, Colorado, and four people, including a 9-year-old boy, at a real estate office in the Southern California city of Orange.

The fatal police shooting of a 20-year-old Black man in a Minneapolis suburb appeared to be an "accidental discharge" by an officer who drew her gun ...
News
1 month ago

The second deadly US mass shooting in a week is putting new pressure on President Joe Biden to deliver on the gun control promises he made as a ...
News
1 month ago

One of four people shot dead in a suburban Los Angeles real estate office was a 9-year-old boy struck by gunfire in the arms of his wounded mother as ...
News
1 month ago
Next Article