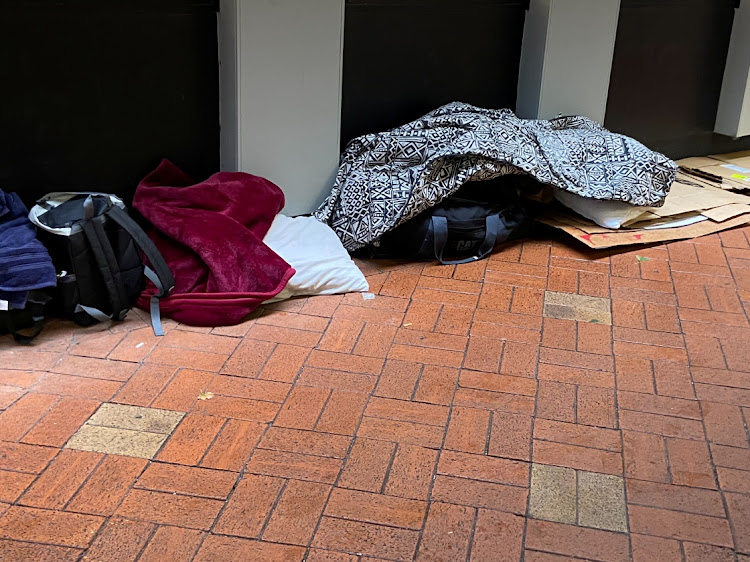 A view of personal items of a homeless person living on the sides of busy streets in Wellington, New Zealand, April 15, 2021.
Image: REUTERS/Praveen Menon

For many, life in New Zealand's capital Wellington is largely back to normal. Its windswept streets are crowded with massless shoppers and office workers, bars are packed and the economy is humming along.

In the distinctive “Beehive” parliament building, Prime Minister Jacinda Ardern and her government have garnered lavish global praise for controlling the Covid-19 pandemic where many other leaders failed.

But across town, staff at the Wellington City Mission are struggling to cope with soaring homelessness and inequality as the pandemic — and the government's response — inflames what was already among the world's least affordable housing markets.

“This is a crisis,” says Murray Edridge, the head of the Anglican Church-affiliated charitable trust. “Inequality was always growing, but Covid-19 is the proverbial straw that broke the camel's back.”

The number of people seeking emergency housing in the city of 211,000 has tripled in the last 12 months, as rents hit record highs and the pandemic disproportionately affected lower earning jobs.

Around the country, motels and other temporary boarding facilities converted to emergency housing are increasingly crammed with desperate families seeking shelter, with about 4,000 children now in such state accommodation.

“Most of the cases that come to my desk are situations that will break our hearts,” said City Mission's Edridge. “I met someone with two children this summer who was in emergency housing for 15 months.”

Karen Hocking, General Manager for Housing at the Ministry of Social Development acknowledged motels are not ideal housing, especially for children.

“Families facing homelessness are in a vulnerable position and we aim to find them accommodation quickly. After a family’s urgent need for accommodation has been taken care of, we look for more suitable options as they become available,” Hocking said.

Others are struggling too. Shaun lost his job as a farmworker four months ago and moved to Wellington looking for a fresh start.

The 27-year-old is still unemployed and living on the streets due to unaffordable rents and long waits for emergency housing.

“It's all just about housing here. No one will employ me while I live on the streets, but I can't get a home,” he said, asking Reuters not to use his last name.

New Zealand is experiencing what economists call a 'K-shaped' recovery, in which those on top benefit while those at the bottom see their prospects deteriorate.

It's a global phenomenon, with the well-off using cheap access to capital and government coronavirus stimulus spending to scoop up assets from stocks to art and property.

The 24% year-on-year increase, on top of a 90% rise in the preceding decade, has locked out first home buyers and low income earners.

Reuters reports Australia will ask the European Union to release more than 3 million doses of AstraZeneca's Covid-19 vaccine, testing the claim by ...
News
9 months ago

Instead, investors flush with funds have become the biggest property buyers — some 40% of houses bought in the final quarter of 2020 were by owners of multiple properties.

“The explosion of wealth inequality in New Zealand's context was related to the housing boom,” said ANZ Chief Economist Sharon Zollner. “The increase in wealth of those lucky enough to own property, and those spectacularly lucky to own more than one, has been extreme.”

Rents have also risen across the country, spurred by a legacy of years of underinvestment in new houses and strong immigration.

Even before the latest surge, housing costs were 45% of income for households in the lowest fifth for income distribution, according to a 2019 Organisation for Economic Co-operation and Development (OECD) report.

The South Pacific country of 5 million now tops the list for the most unaffordable housing among OECD nations.

Rising inequality inflamed by the housing crisis is arguably the biggest political challenge facing Ardern's centre-left government in its second term in office.

The 40-year-old's popularity soared with her response to the pandemic that keep nationwide cases to barely 2,500 and led to an emphatic election win for her Labour party last year.

“Ardern still has a clear lead over her rivals, but she is losing moral authority and she's in danger of losing a lot of faith from her own side,” said Bryce Edwards, political analyst in residence at Victoria University of Wellington. “Housing is one of those core left-wing issues and it's just astounding to see Labour is faulting on this.”

Housing and inequality were already major issues when Ardern came to power in 2017, and she vowed to tackle both.

But her government's flagship KiwiBuild project foundered, and much-hyped projects like the 'Wellbeing' budget has had little impact on the ground.

Indigenous Māori, who have largely backed Ardern's leadership, are most affected as they are less likely to own property and less likely to be accepted as renters, said Ali Hamlin-Paenga, the CEO of Kahungunu Whānau Services, a Māori social housing provider in Wellington.

“Māori are in a housing crisis. There are profound inequalities, and we are always forced to fight the system,” said Hamlin-Paenga.

“No one in our Government thinks that people living in motels is an ideal situation, but it is better that people have shelter and a bed to sleep in, rather than sleeping rough or in crowded situations,” she said, describing its public housing programme as the biggest in a generation with over 18,000 new public and transitional housing places targeted by 2024.

The government and central bank supported the economy through a combination of measures that enabled it to quickly bounce back after the virus was eliminated.

Brendon Blue, a geographer at the Victoria University of Wellington, said the government's attempts to stimulate the economy largely involved measures which pushed up house prices, instead of meaningfully increasing spending on infrastructure and welfare.

“There's kind of been an unfortunate consensus in New Zealand politics that it's better to push up house prices than to help the poorest people in the country,” he told Reuters.

Under pressure, Ardern launched a raft of measures in March targeted at taxing property investors and discouraging speculators.

So far, the steps have had only a marginal impact on the housing market and the government has promised more measures.

“The need for further action is clear,” Ardern told a news conference last month. “The last thing our economy needs right now is a dangerous housing bubble. But a number of indicators point towards that risk.”

New Zealand's Prime Minister Jacinda Ardern said on Monday that people working at the borders must be vaccinated by the end of this month or risk ...
News
9 months ago

Auckland, New Zealand's biggest city, emerged on Sunday from a strict weeklong lockdown imposed after a community cluster of the more contagious UK ...
News
10 months ago