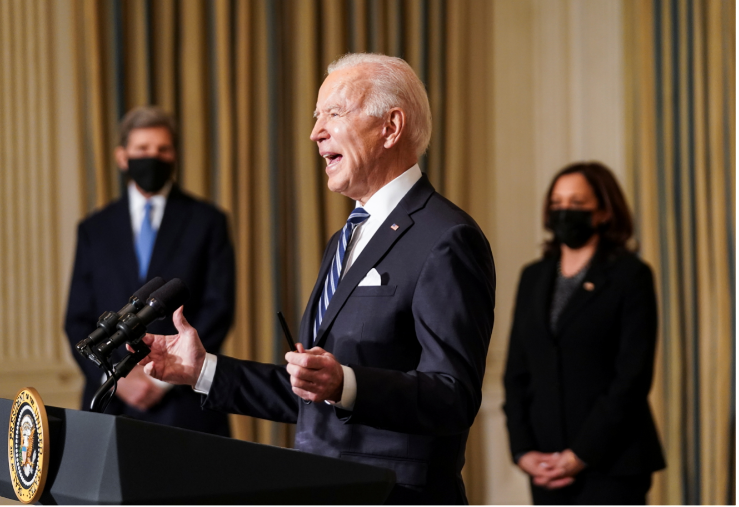 US President Joe Biden invited leaders from the world's largest countries, including the other big polluters, to a two-day virtual climate summit that starts Thursday.

Nearly all are attending, the White House says. They will be joined by executives from big banks and energy companies, billionaires and other entrepreneurs, and Pope Francis.

When, exactly, individual leaders will make these declarations, and whether they will all speak is unclear, but attendees include:

11.45 am ET/1545 GMT US Treasury Secretary Janet Yellen hosts a session on investing in climate finance with CEOs and development banks. Participants include:

Other speakers on April 22, time to be announced:

9.15 am ET/1315 GMT A session focused on workers and jobs will be hosted by US Transportation Secretary Pete Buttigieg and trade czar Katherine Tai. Participants include unions and clean energy companies:

Other speakers, time to be announced:

Global CO2 emissions from energy are seen rising nearly 5% this year, suggesting the economic rebound from Covid-19 could be “anything but ...
News
1 year ago

US President Joe Biden called on Russian President Vladimir Putin on Tuesday to reduce tensions stirred by a Russian military build-up on Ukraine's ...
News
1 year ago