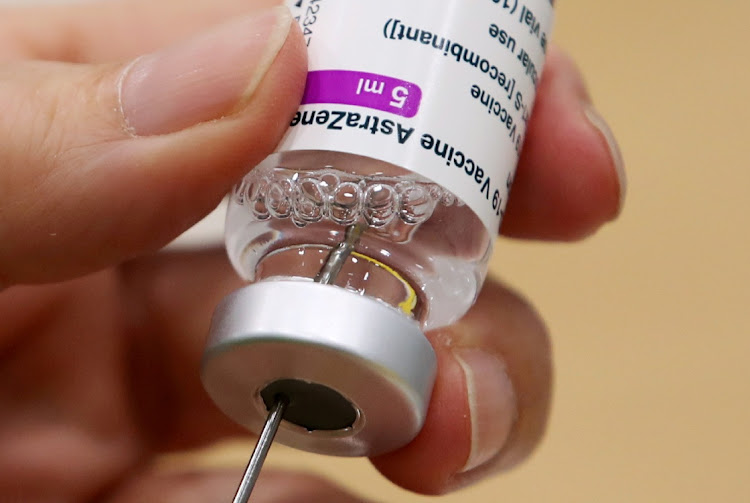 AstraZeneca said in response that the legal action by the EU was without merit and pledged to defend itself strongly in court.
Image: REUTERS/Yves Herman/File Photo

The European Commission said on Monday it had launched legal action against AstraZeneca for not respecting its contract for the supply of Covid-19 vaccines and for not having a "reliable" plan to ensure timely deliveries.

AstraZeneca said in response that the legal action by the EU was without merit and pledged to defend itself strongly in court.

Under the contract, the Anglo-Swedish company had committed to making its "best reasonable efforts" to deliver 180 million vaccine doses to the EU in the second quarter of this year, for a total of 300 million in the period from December to June.

But AstraZeneca said in a statement on March 12 it would aim to deliver only one-third of that by the end of June, of which about 70 million would be in the second quarter. A week after that, the Commission sent a legal letter to the company in the first step of a formal procedure to resolve disputes.

AstraZeneca's delays have contributed towards hampering the bloc's vaccination drive, as the vaccine developed by Oxford University was initially supposed to be the main one in an EU rollout in the first half of this year. After repeated cuts in supplies, the bloc changed its plans and now relies mostly on the Pfizer-BioNTech jab.

"The Commission has started last Friday a legal action against AstraZeneca," the EU spokesman told a news conference, noting all 27 EU states backed the move.

"Some terms of the contract have not been respected and the company has not been in a position to come up with a reliable strategy to ensure timely delivery of doses," the spokesman said, explaining what triggered the move.

"AstraZeneca has fully complied with the Advance Purchase Agreement with the European Commission and will strongly defend itself in court. We believe any litigation is without merit and we welcome this opportunity to resolve this dispute as soon as possible," AstraZeneca said.

Under the contract, the case will need to be resolved by Belgian courts.

"We want to make sure there is a speedy delivery of a sufficient number of doses that European citizens are entitled to and which have been promised on the basis of the contract," the spokesman said.

WE HAD TO SEND A MESSAGE

EU officials confirmed the purpose of the legal action was to ensure more supplies than what the company has said it would aim to deliver.

The move follows months of rows with the company over supply issues and amid concerns over the efficacy and safety of the vaccine. Still, while the shot has been linked to very rare cases of blood clots, the EU drugs regulator has recommended its use to contain the spread of Covid-19.

"We had to send a message to (Pascal) Soriot," an EU official said, referring to AstraZeneca's chief executive.

Germany, France and Hungary were among EU states that were initially reticent to sue the company, mostly on the grounds that the move might not speed up deliveries, diplomats said, but eventually they supported it.

After the announcement of the legal action, AstraZeneca said it was in the process of delivering nearly 50 million doses by the end of April, a goal which is in line with the revised-down target of supplying only 100 million shots by the end of the quarter.

The EU wants AstraZeneca to deliver the promised 300 million doses, but in a further sign of its irritation towards the company, it has already forgone another 100 million shots that it had an option to buy under the contract signed in August.

The spat with AstraZeneca has also stoked a dispute over supplies with former EU member Britain. AstraZeneca said it was prevented from exporting doses from UK factories to make up for some of the shortfalls in the EU, EU officials have said. Now the EU is opposing the export of AstraZeneca shots to Britain from a factory in the Netherlands.

One of the Oxford scientists who co-developed AstraZeneca's Covid-19 vaccine defended its safety on Friday and said he was not worried that some ...
News
1 year ago

How worried should we be about blood clots linked to AstraZeneca, J&J shots?

European regulators said the benefits of using Johnson & Johnson's and AstraZeneca's Covid-19 vaccines outweigh risks, even as they added warning ...
Lifestyle
1 year ago