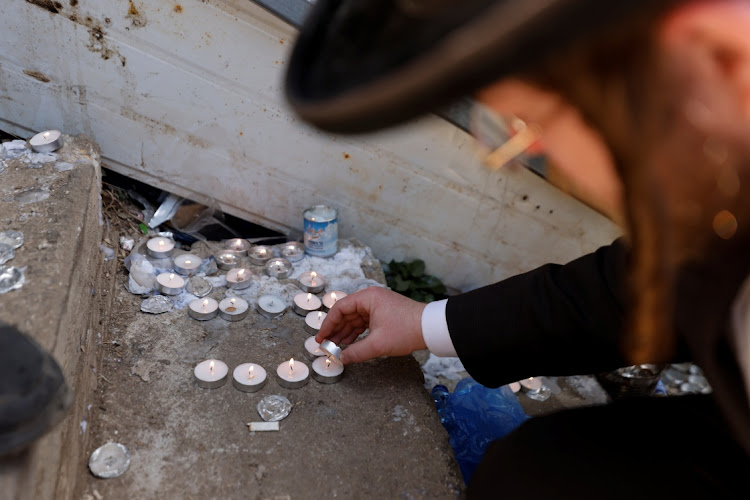 An ultra-Orthodox Jewish man lights candles at the site where dozens were crushed to death in a stampede at a religious festival, as the country observes a day of mourning, at Mount Meron, Israel May 2, 2021.
Image: REUTERS/Amir Cohen

Israel's government watchdog said on Monday it would open an investigation into the deaths of 45 people crushed in a stampede at a Jewish religious festival last week.

State Comptroller Matanyahu Englman said his office, which audits the government, would look into the circumstances surrounding the event at Mount Meron in the Galilee region.

“I wish to announce today that I intend to open a special audit that will investigate the circumstances that led to this tragedy,” he told reporters.

Israel observed a day of mourning on Sunday after one of its worst civilian disasters. Six US citizens were among the dead, along with two Canadians, a British citizen and an Argentinian.

Englman's office can examine and make public its findings, but cannot bring criminal charges. Many in Israel have called on the government to form a higher-level committee with greater authority to investigate what happened.

The comptroller's office had several years ago labelled as hazardous the Mount Meron compound in northern Israel where the festival took place overnight last week between Thursday and Friday.

Questions have been raised as to whether the government and police were reluctant to limit the crowd size at the site so as not to anger influential ultra-Orthodox rabbis and politicians.

Prime Minister Benjamin Netanyahu promised an investigation after the deaths.

His mandate to form a new government, after an inconclusive March 23 election, expires on Wednesday. Public calls to determine responsibility for the incident look likely to be an issue for any incoming administration.

Tens of thousands of ultra-Orthodox Jews thronged to the tomb of 2nd-century sage Rabbi Shimon Bar Yochai for the annual Lag B'Omer celebration that include all-night prayer, mystical songs and dance.

At some point a large crowd pushed its way into a narrow tunnel and 45 people, including children, were asphyxiated or trampled.

Englman said he would investigate the actions of all groups leading up to and during the festival — “from the level of decisionmakers to those in the field, including law enforcement.”

He would also examine the compound's upkeep over the years and whether previous failings had been dealt with.

A third objective will be to come up with a strategy for handling large-scale religious events in Israel to “prevent a repeat of this kind of tragedy”.

The Justice Ministry has separately said it will look into whether there had been any police misconduct.

Israel observed a day of mourning on Sunday for 45 people crushed to death at a Jewish religious festival, with flags lowered to half-staff and ...
News
2 weeks ago
Next Article