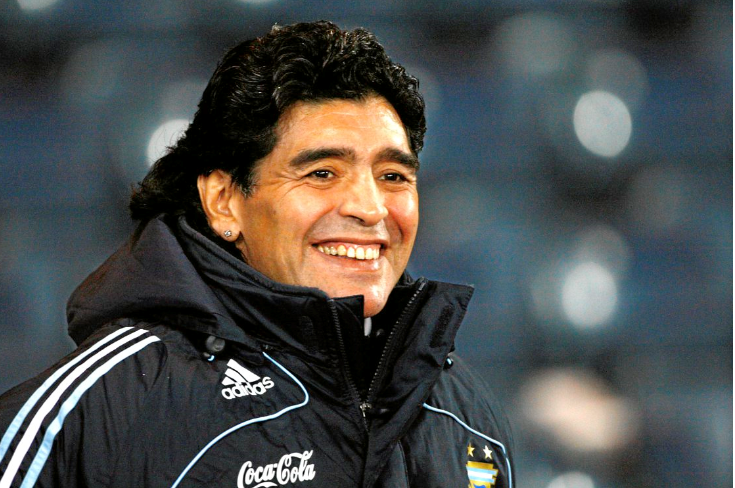 Maradona, nicknamed “D10S,” a play on the Spanish word for god, and “Pelusa” for his prominent mane of hair, had battled alcohol and drug addiction for many years and had undergone brain surgery in November.
Image: Reuters

A medical board appointed to investigate the death of Diego Maradona has concluded that the soccer star's medical team acted in an “inappropriate, deficient and reckless manner,” according to a copy of the report shared with Reuters on Friday.

Maradona's death in November last year rocked the South American nation where he was revered, prompting a period of mourning and angry finger pointing about who was to blame after the icon's years-long battle with addiction and ill health.

Argentine prosecutors launched investigations shortly after Maradona's death at age 60 from heart failure at a house near Buenos Aires, including ordering searches of properties of his personal doctor and probing others involved in his care.

Maradona, nicknamed “D10S,” a play on the Spanish word for god, and “Pelusa” for his prominent mane of hair, had battled alcohol and drug addiction for many years and had undergone brain surgery in November.

Argentines took to the streets on Wednesday to demand what they say is justice for Diego Maradona after the soccer icon's death in November sparked ...
Sport
1 month ago

In March this year, a medical board appointed by the Justice Ministry met to analyse allegations that members of the health team who attended Maradona did not treat him adequately.

“The action of the health team in charge of treating DAM (Diego Armando Maradona) was inadequate, deficient and reckless,” said the medical board report dated April 30 and shared with Reuters by a source close to the investigation.

The report said Maradona had become seriously unwell and was dying for about 12 hours before his death at about midday on November 25.

“He presented unequivocal signs of a prolonged agonising period, so we conclude that the patient was not properly monitored from 00:30 on 11/25/2020,” the report added.

Reuters could not reach prosecutors and lawyers involved in the case for comment on Friday.

Maradona, a world champion with Argentina in the 1986 Cup, played for Barcelona, ​​Napoli, Seville, Boca Juniors and Argentinos Juniors, and is widely heralded as one of the greatest soccer players of all time.