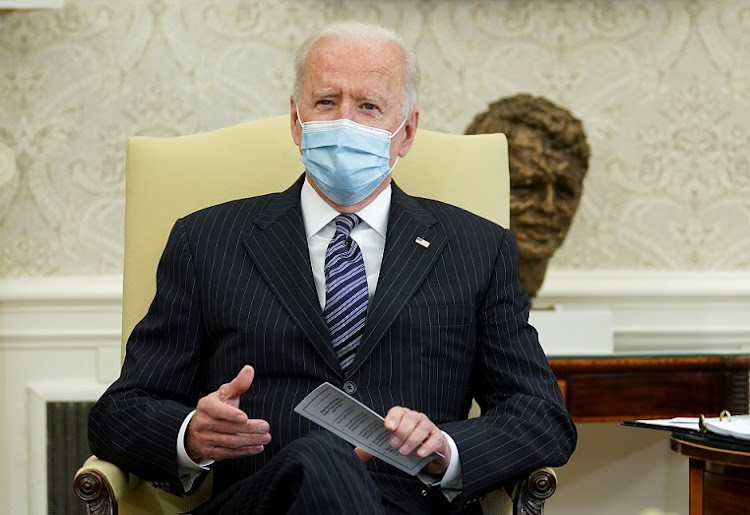 US President Joe Biden threw his support behind waiving intellectual property rights for Covid-19 vaccines in a sharp US reversal, but it could take months for the World Trade Organisation (WTO) to hammer out any deal.

Before Biden's announcement on Wednesday, India and SA confirmed their intention to draft a new waiver proposal at a WTO General Council meeting, prompting the body's new director-general Ngozi Okonjo-Iweala to express hope for “a pragmatic solution”.

The two countries want to ease rules of the WTO's Trade-Related Aspects of Intellectual Property (Trips) agreement. WTO decisions are based on consensus, so all 164 members must agree.

WHERE ARE THE TALKS NOW?

Ten WTO meetings in seven months have failed to produce a breakthrough, with 60 proposal sponsors from emerging economies, backed by a chorus of campaign groups, Nobel laureates and former world leaders. They are pitted against richer developed countries, such as Switzerland and members of the EU, where many pharmaceutical companies are based.

After the 10th round on April 30, India and SA said they would revise their text from October in time for the next Trips council meeting in the second half of May before further discussion on June 8-9.

US trade representative Katherine Tai said on Wednesday she would pursue “text-based negotiations” on the WTO waiver, the standard but tedious process for trade deal talks.

Negotiators trade texts with their preferred wording, then try to find common ground, sometimes leaving blank spaces for thorny differences to be settled by politicians.

Not only are the negotiations expected to be lengthy, they are also likely to result in a waiver that is significantly narrower in scope and shorter in duration than the one initially proposed by India and SA, trade experts said.

All 164 WTO member countries must reach consent on such decisions, with any one member able to veto them, so there could be a lot of red pencils out. Negotiations are likely to be held in a mixture of virtual and in-person meetings.

World Health Organisation chief Tedros Adhanom Ghebreyesus said on Monday the process needed to be completed as soon as possible. The WHO said in April that of 700 million vaccines globally administered, only 0.2% had been in low-income countries.

They say the waiver should last for an unspecified time period, with an annual review until it terminates, and call for unhindered global sharing of technology and know-how.

They say there cannot be a repeat of the early years of the HIV/Aids pandemic, when a lack of access to life-saving medicines cost millions of African lives. In 2020, over half of all people living with HIV were in South and East Africa, according to UNAids.

The WHO head and 375 civil society and campaign groups such as Doctors Without Borders back the proposal. Former leaders from Britain's Gordon Brown to the former Soviet Union's Mikhail Gorbachev had jointly written to Biden urging him to support it.

Big drug companies generally oppose waiving rights to their intellectual property. The main Western producers are Moderna, Johnson & Johnson, AstraZeneca and jointly Pfizer and BioNTech. In October, Moderna did though say it would not enforce its Covid-19 vaccine patents during the pandemic.

Big Pharma says vaccine development is unpredictable and costly and that strong intellectual property protection helped provide the incentive for the development of vaccines in record time and will do so again in work on tackling new variants or in a future pandemic.

Proponents counter that some of the money was public funds.

Complex vaccines require deep co-operation between developers and manufacturers. Any failure to make them properly could undermine public confidence in safety, the companies say.

They also point to over 260 partnership agreements already in place for production and distribution and comment that, under the existing Trips agreement, governments can allow producers to make a patented product without the consent of the patent owner. Developing countries have such “compulsory licences” to push down prices for HIV/Aids medication from 2002 to 2007.

Novavax Inc's Covid-19 vaccine had efficacy of 51% against infections caused by the SA variant among people who were HIV negative, and 43% in a group ...
News
1 year ago

US move on vaccine IP 'monumental moment' in Covid-19 fight: WHO chief

The head of the World Health Organisation said on Wednesday that US President Joe Biden's plan to back a proposed waiver on intellectual property ...
News
1 year ago

President Joe Biden on Tuesday announced a goal to vaccinate 70% of US adults with at least one Covid-19 shot by the July 4 Independence Day holiday ...
News
1 year ago