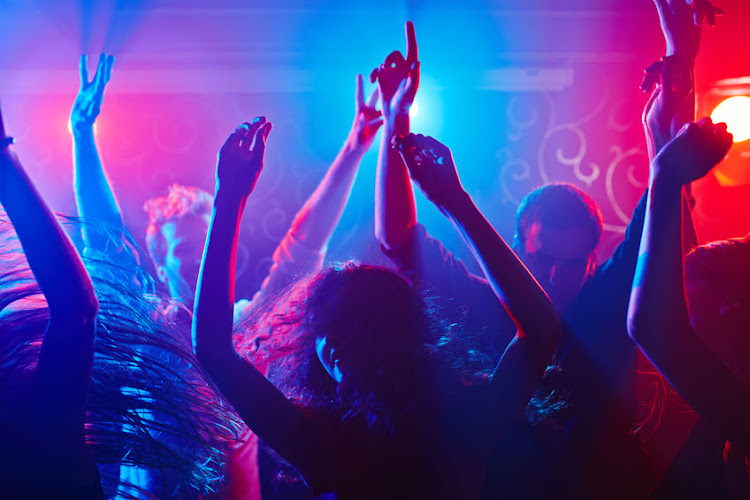 Beam, a gay sex worker, used to go to a "chemsex" party about once a month before the coronavirus pandemic shut Thailand's bars and clubs. But since then, the drug-fuelled gatherings have become much more frequent.

As Thailand grapples with a third Covid-19 wave, campaigners are warning of the health risks posed by an apparent increase in chemsex - where mainly gay and bisexual men meet to take drugs such as crystal meth or GHB and unprotected sex is common.

"It's now a golden opportunity for partygoers," Beam, who asked not to give his full name to protect his identity, told the Thomson Reuters Foundation.

Chemsex users are at risk of drug addiction or overdoses, as well as mental health problems, campaigners said, and Thai media have recently carried reports about chemsex-related violence including physical assault.

As in other parts of the world, where authorities have voiced concern over the phenomenon, the parties are widely advertised on Twitter and gay dating apps like Blued and Grindr.

At Bangkok Rainbow Organization, an LGBT+ NGO, the president, Nikorn Chimkong, said chemsex was "now a new normal" and that the trend was evident in an increase in inquiries about the pre-exposure prophylaxis (PrEP) anti-HIV drug.

He said about 30 or 40 people per month contact the group every month nowadays to ask about the drug, a once-daily pill that protects people from becoming infected with the virus.

That compares to less than 10 before the pandemic, with the majority taking the pills before chemsex parties, he said.

Elsewhere in Asia, too, there are no harm reduction programmes that simultaneously address the risk of drug use and the sexual activity of gay and bisexual men and transgender women, found a recent report by APCOM, a health advocacy group for gay and bi men.

In Europe, where surveys in Britain, Spain and the Netherlands have found that 30-45% of gay and bi men have engaged in chemsex at least once, doctors warned in 2019 that the practice was refuelling epidemics of HIV in urban areas.

Earlier this year, Britain increased penalties for GHB following two high-profile trials, one of which detailed the drug's use in the rape of almost 50 men.

In Thailand, where gay sex and drug use is widely frowned upon, people who want support for chemsex issues are often reluctant to seek help for fear of being stigmatised, campaigners said.

"There are very few service providers that make users feel like they are another human being," said Midnight Poonkasetwattana, APCOM executive director.

"These are the groups that we must provide services for in order to reduce their risks of HIV."

This should come as no surprise: when people drink, social distancing tends to fly out the window.
Lifestyle
8 months ago

One place that does offer help is KRUBB Bangkok, a gay social club and community centre, which opened about nine months ago and provides chemsex counselling services for gay men.

Sergeant Shaowpicha Techo, a psychologist at a Bangkok health centre who also sees patients at KRUBB, said he was seeing up to a dozen patients per week compared with one or two before the pandemic.

Thailand does not have official statistics on chemsex, but the Bangkok Metropolitan Administration said up to 90% of gay and bisexual men who have used their healthcare services have experimented with chemsex. Most are aged between 20 and 40.

Anggoon Patarakorn, deputy director of the government's Princess Mother National Institute on Drug Abuse Treatment, said he had not noticed a surge in chemsex during the pandemic, but acknowledged officials did not yet have expertise on the issue.

"We're not giving special priority (to this group) at this time, but we may focus on them more in the future," he said.

News reports of assaults and fatal overdoses at chemsex parties prompted a group of campaigners to form a network called Safety Net in June last year to support chemsex users.

Aiming to raise awareness among government officials and health workers, it is also working on a first aid handbook for users including advice on what to do if someone overdoses.

Arthur, a 32-year-old actor and model who asked to be identified only by his nickname, has had less work during the pandemic and said he had been attending chemsex parties more often as a result.

But the regular drug use took a toll on his mental health and he is now seeking treatment and helping Safety Net.

"I have hurt myself (from cutting) and attempted suicide many times in the past," he said. "About five of my friends have died from drugs ... and now I want to help other people."

The study by Denmark's Statens Serum Institut found that people over the age of 65 had only 47% protection against repeat Covid-19 infection, ...
Lifestyle
10 months ago

Pregnant women vaccinated against Covid-19 could pass along protection to their babies, according to a new study in Israel.
Lifestyle
10 months ago

The start of a global rollout of vaccines is good news for the travel world, but there are caveats and complications — particularly for Mzansi
Lifestyle
11 months ago