No patent waiver, instead G20 leaders to back Covid-19 vaccine 'voluntary licensing' 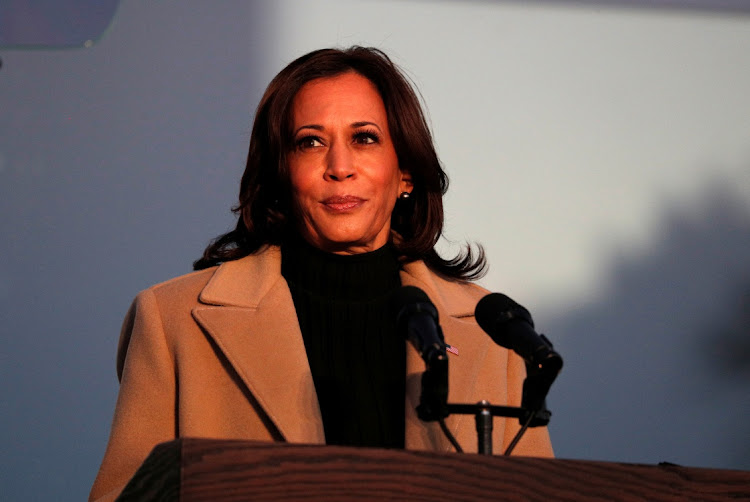 Vice-president Kamala Harris will represent the US at the summit.
Image: REUTERS/Tom Brenner

Leaders of the world's largest economies will adopt on Friday a declaration recommending voluntary actions to boost Covid-19 vaccine production, snubbing a push from the US and other nations on patent waivers, the final text shows.

Several G20 leaders will speak at the summit, one of this year's major events to co-ordinate global actions against the pandemic. US President Joe Biden is not listed among the speakers, with vice-president Kamala Harris representing the US at the meeting, an EU Commission spokesperson said.

The EU executive, which co-hosts the summit with the Italian government, is set to announce it will set up three manufacturing hubs in Africa this year to boost long-term production of vaccines, one EU official told Reuters.

The official said drugmakers are also set to announce on Friday they will provide large supplies of at-cost Covid-19 vaccines to poor nations this year to try to redress a global imbalance.

Among the drugmakers expected to announce doses for poorer nations are vaccine partners Pfizer and BioNTech, the official said, adding that at least two other companies are expected to make announcements on Friday.

It is not clear whether the announcements will concern new doses or vaccines already pledged. BioNTech declined to comment and Pfizer was not immediately available to comment.

The draft declaration, whose final version has been seen by Reuters, does not mention vaccine patent waivers as a tool to address the shortages of Covid-19 jabs in poorer nations .

The Biden administration earlier in May joined India, SA and many other developing countries in calling for a temporary waiver of patents for Covid-19 vaccines, in the hope that would boost production and allow for a more equitable distribution of shots across the world.

EU nations and other vaccine-making countries have opposed the patent waiver and urged instead the removal of US trade barriers that they consider the main bottleneck preventing a ramping up of global vaccine production.

It also says solutions should be found within existing global agreements that do not include patent waivers.

Leaders are also set to recognise “the importance of addressing the ACT-A funding gap”, the text says, referring to the ACT-Accelerator, a tool of the World Health Organisation (WHO) to distribute Covid-19 vaccines, drugs and tests across the world.

An earlier version of the conclusions had a commitment to fully fund the programme, which is still $19bn short for achieving its goals.

Leaders say one option to quickly help poorer nations is sharing vaccines that wealthy countries have already purchased, but there are no firm commitments in the final text.

The WHO co-led Covax programme, which is dedicated to equitable distribution, is mentioned as one option for providing donated doses to countries.

A spokesperson for Gavi, a vaccine alliance that co-leads Covax, said the best way to guarantee fair distribution of vaccines across the world is through “sharing doses with Covax, along with ensuring a fully-funded” programme.

Pick your vaccine carefully: it looks like some are far better at halting infections

Seychelles has highest inoculation rate, yet infections continue to increase, while in Israel new cases are declining. Why?
World
6 months ago

Some countries have not registered for jabs, which could lead to resistant variants and deadly new waves
Africa
6 months ago